Sleeping With the Devil - Medieval Illuminations of Demonic Sex - Flashbak

“Monsters exist because they are part of the divine plan, and in the horrible features of those same monsters the power of the creator is revealed.”
― Umberto Eco, The Name of the Rose 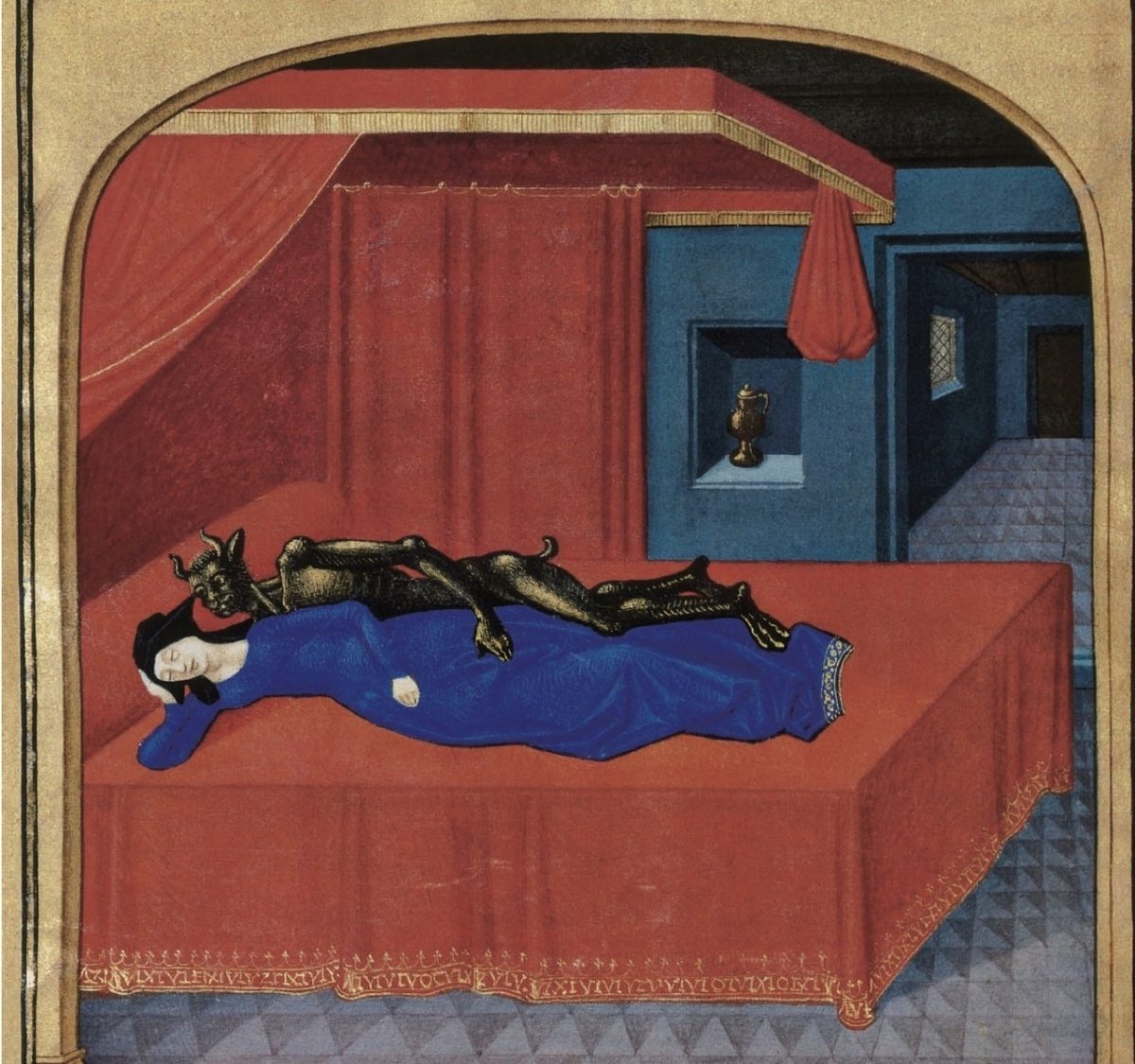 The Middle English Prose Merlin at Cambridge University Library MS Ff.3.11, apparently written near the middle of the fifteenth century, not long before Thomas Malory was composing Morte D’Arthur, is thought the earliest piece of Arthurian literature written in English prose. One section by Robert de Boron settles on the birth of Merlin. The action begins with a parliament of devils out to avenge Christ’s Harrowing of Hell. A story familiar to all Christian theologians and film buffs, the Harrowing of Hell (Latin: Descensus Christi ad Inferos, “the descent of Christ into Hell”) is the descent of Christ into Hell (or between the time of the Crucifixion and his Resurrection. In the depths, Christ brought salvation to all of the righteous who had died since the beginning of the world. Notable figures freed include Adam and Eve, and the righteous men and women of the Old Testament.

Upset by so many souls being released from Satan’s bondage, the demons plot to undo Christ’s work by breeding an antichrist, a figure to perform as their puppet in the world. So a demon squires a virtuous sleeping woman. But the plot is ruined because she is so true of heart and a priest named Blaise baptises the boy at birth. The child is, of course, Merlin, who uses his magical gifts for good deeds. 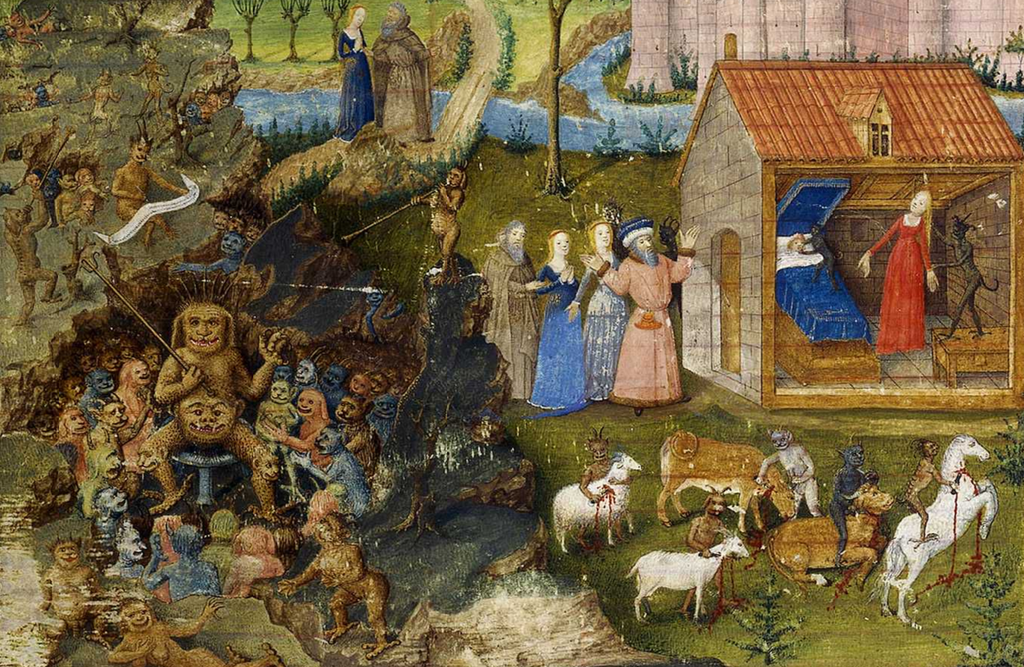 The story of Merlin’s unholy birth as told in Merlin. A prose version illumination by Jean Colombe (c. 1480–1485) 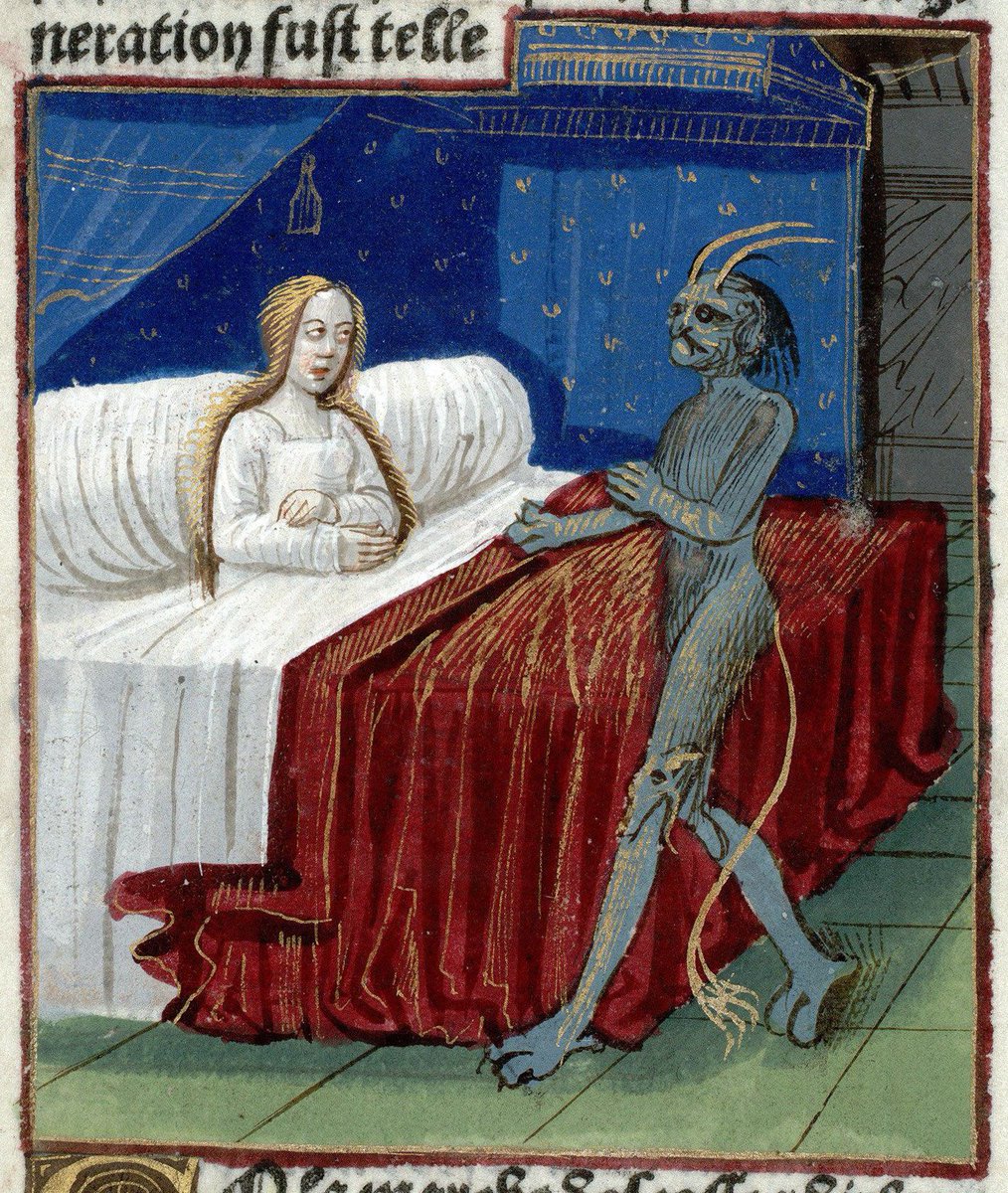 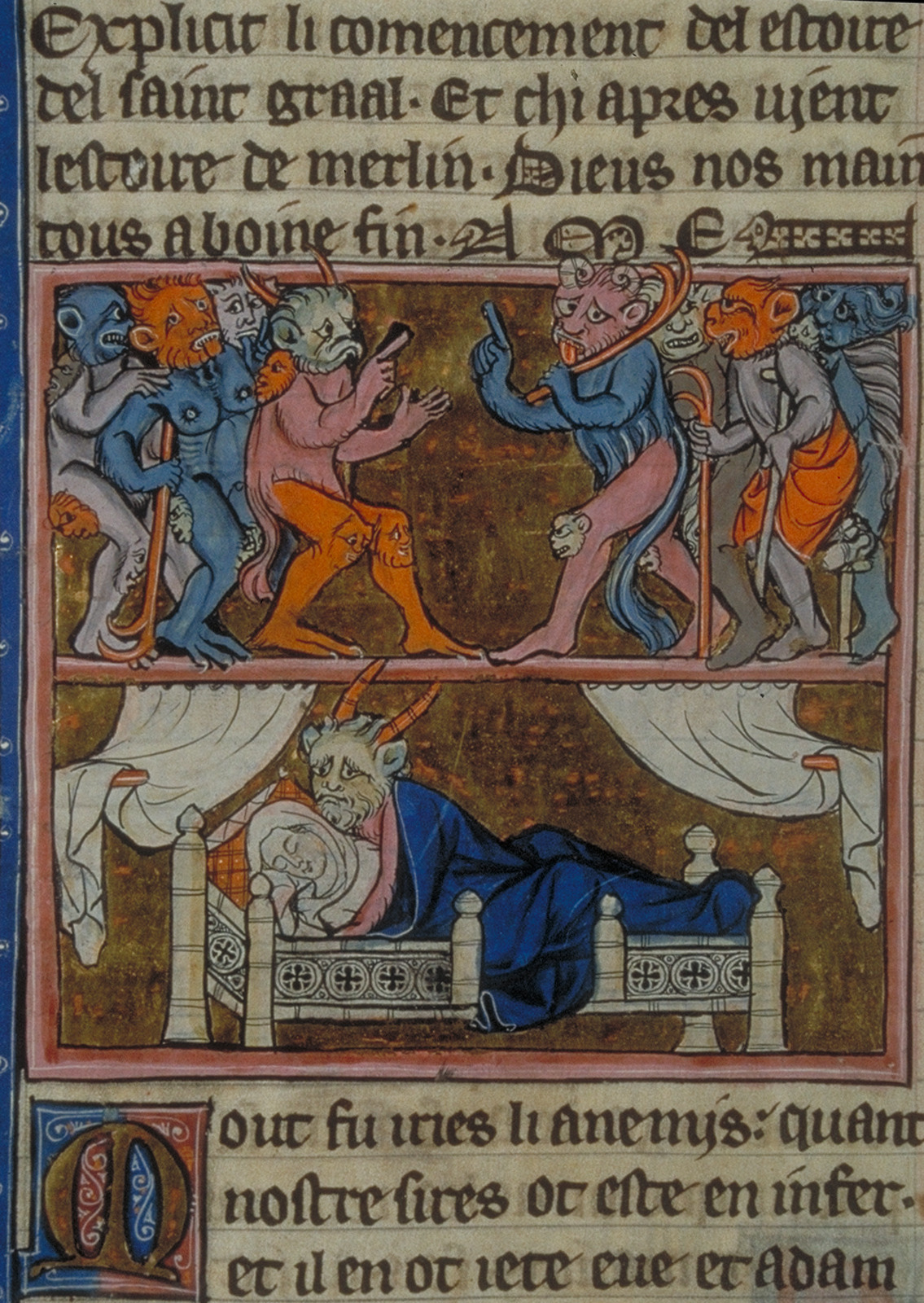 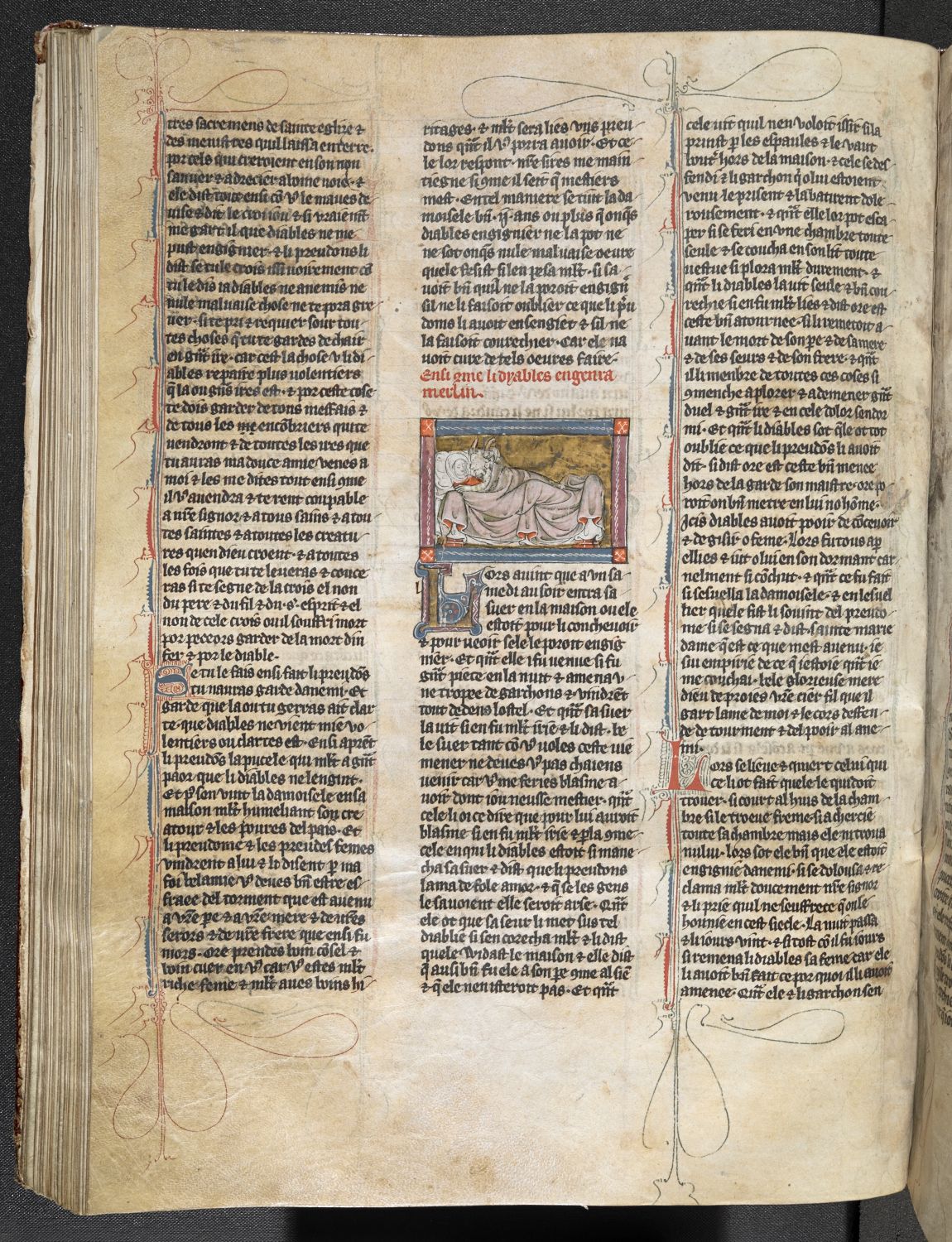 Others in Medieval history and art also slept with toe-licking demons: 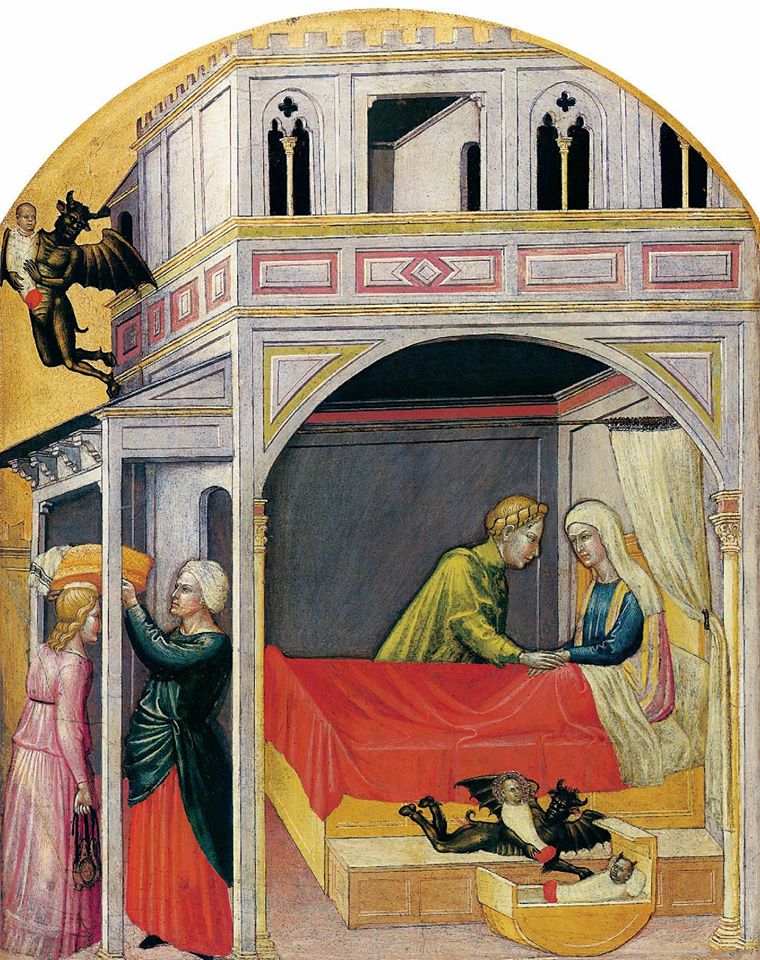 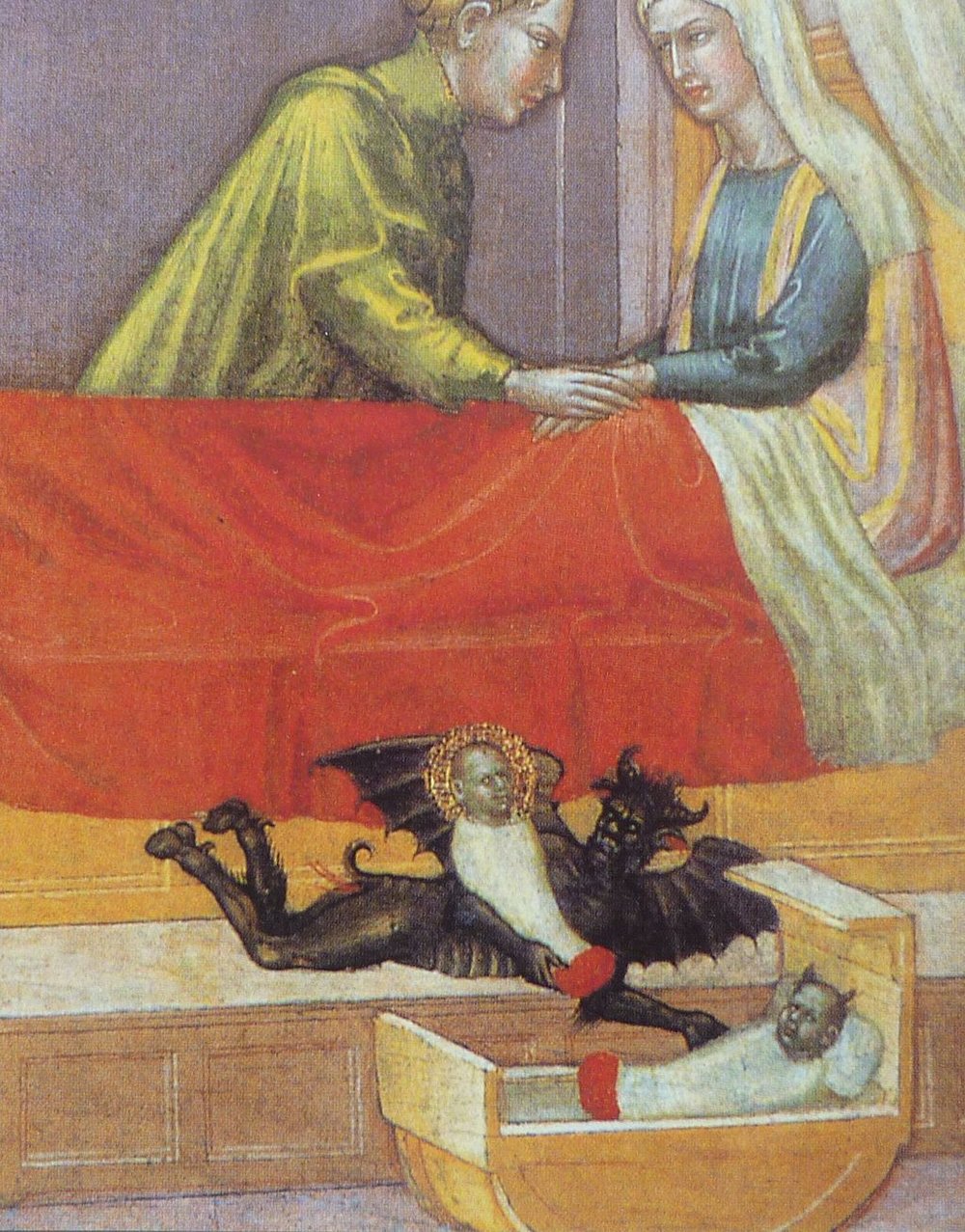 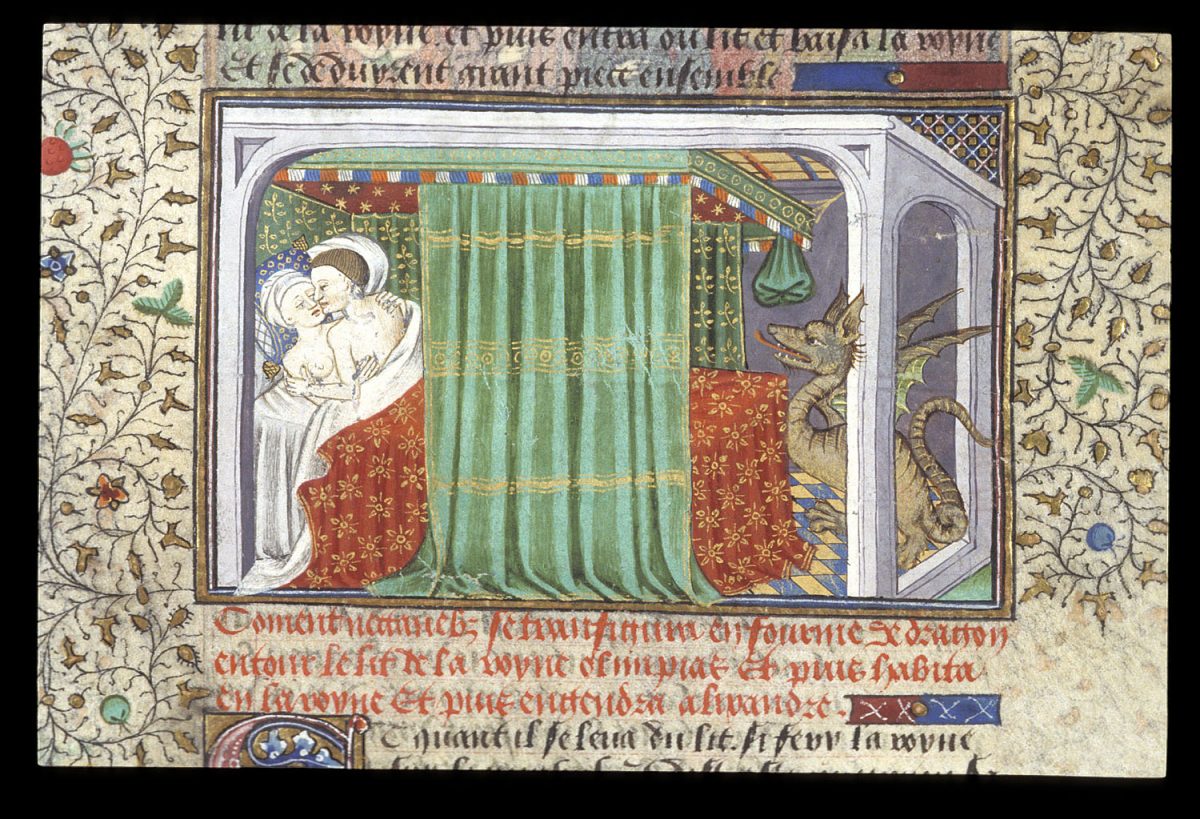 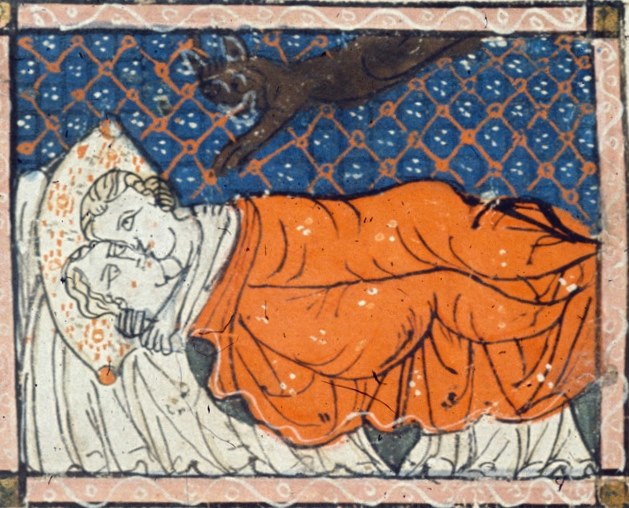 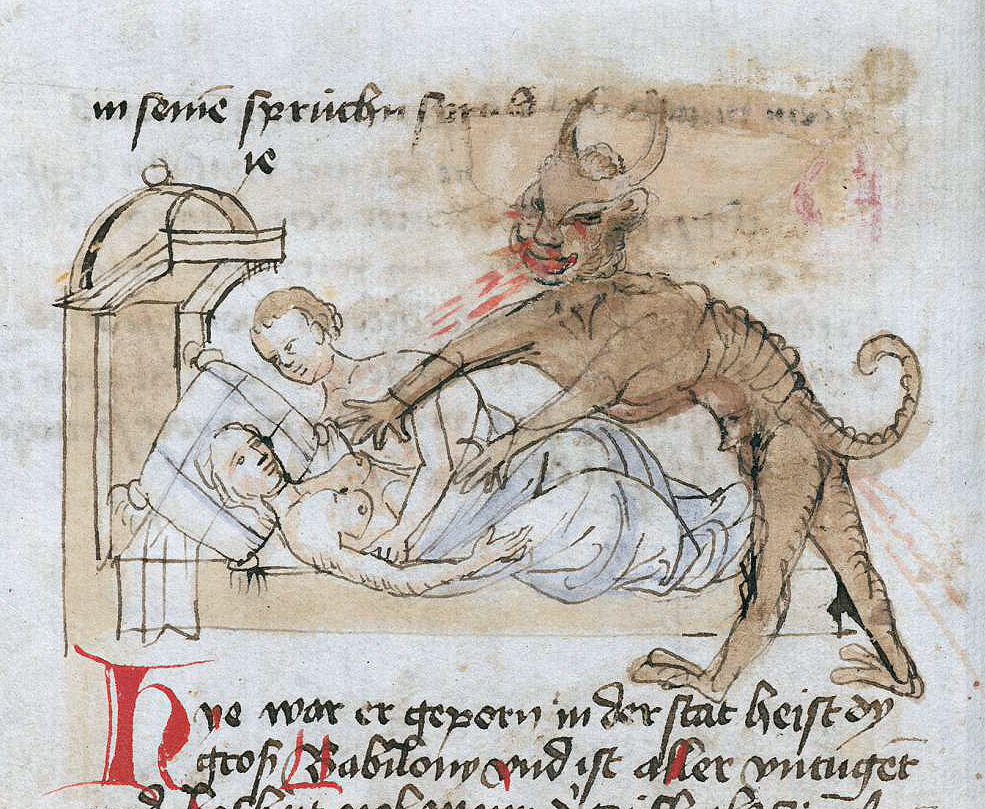 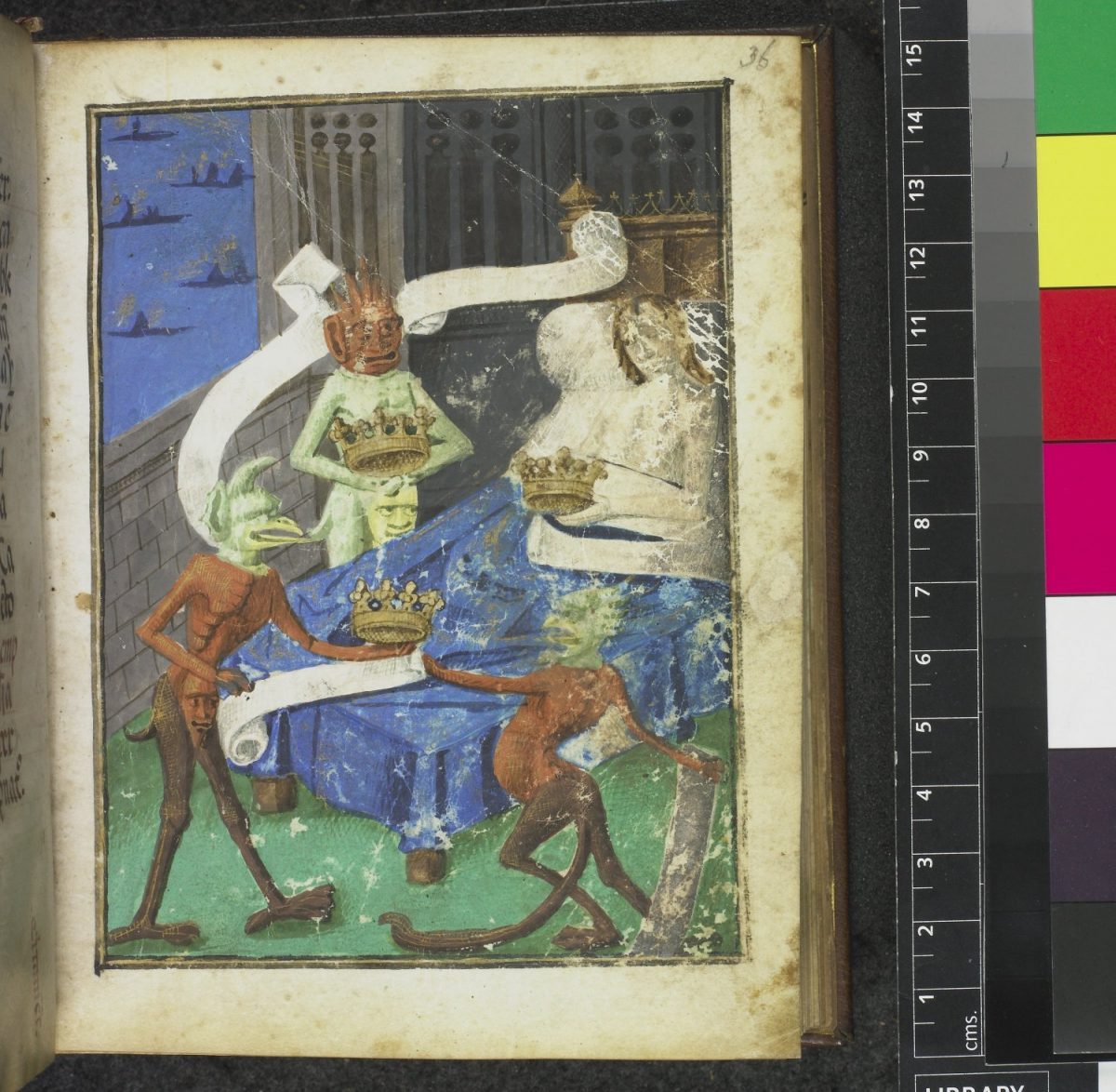 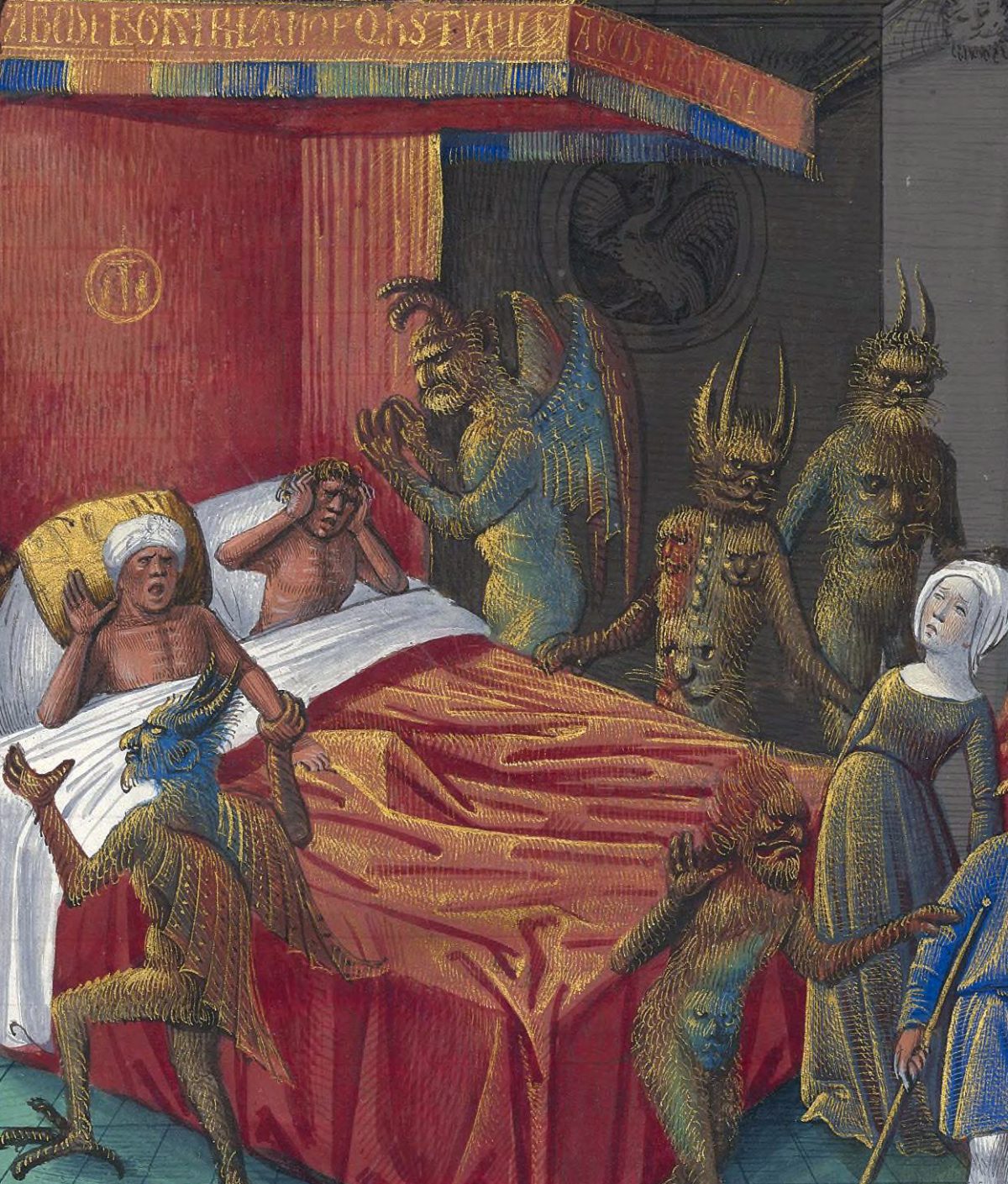 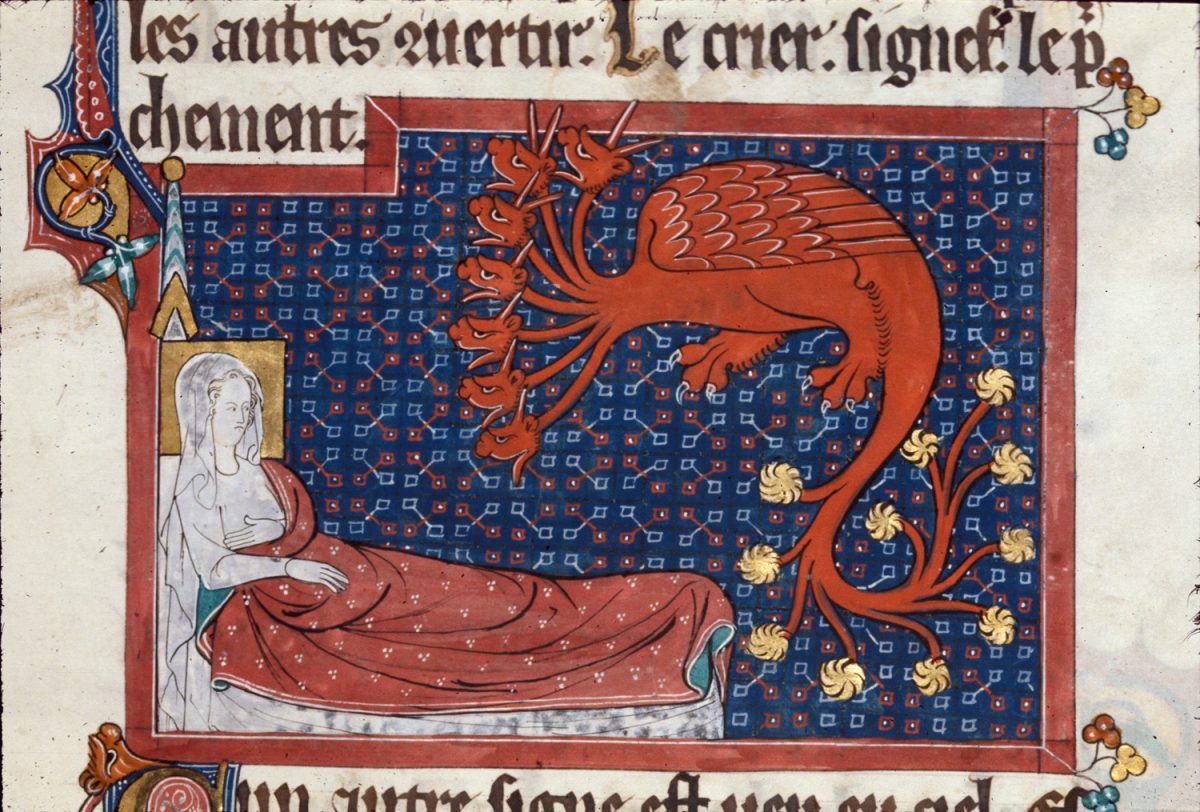 Detail of a miniature of the woman in labour, lying in a bed, and a red dragon with seven heads and ten horns, in illustration of Revelation 12: 2-4. 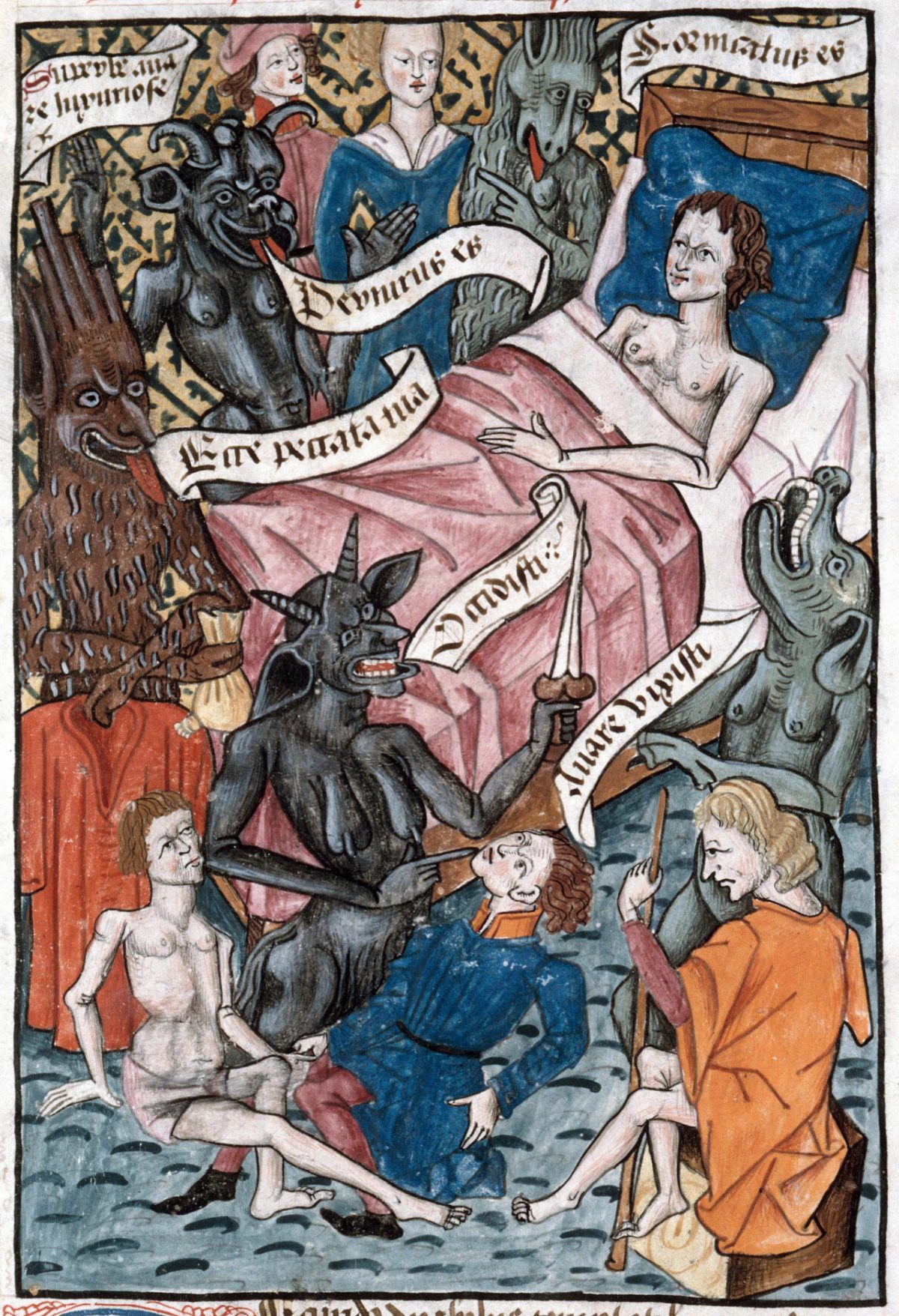 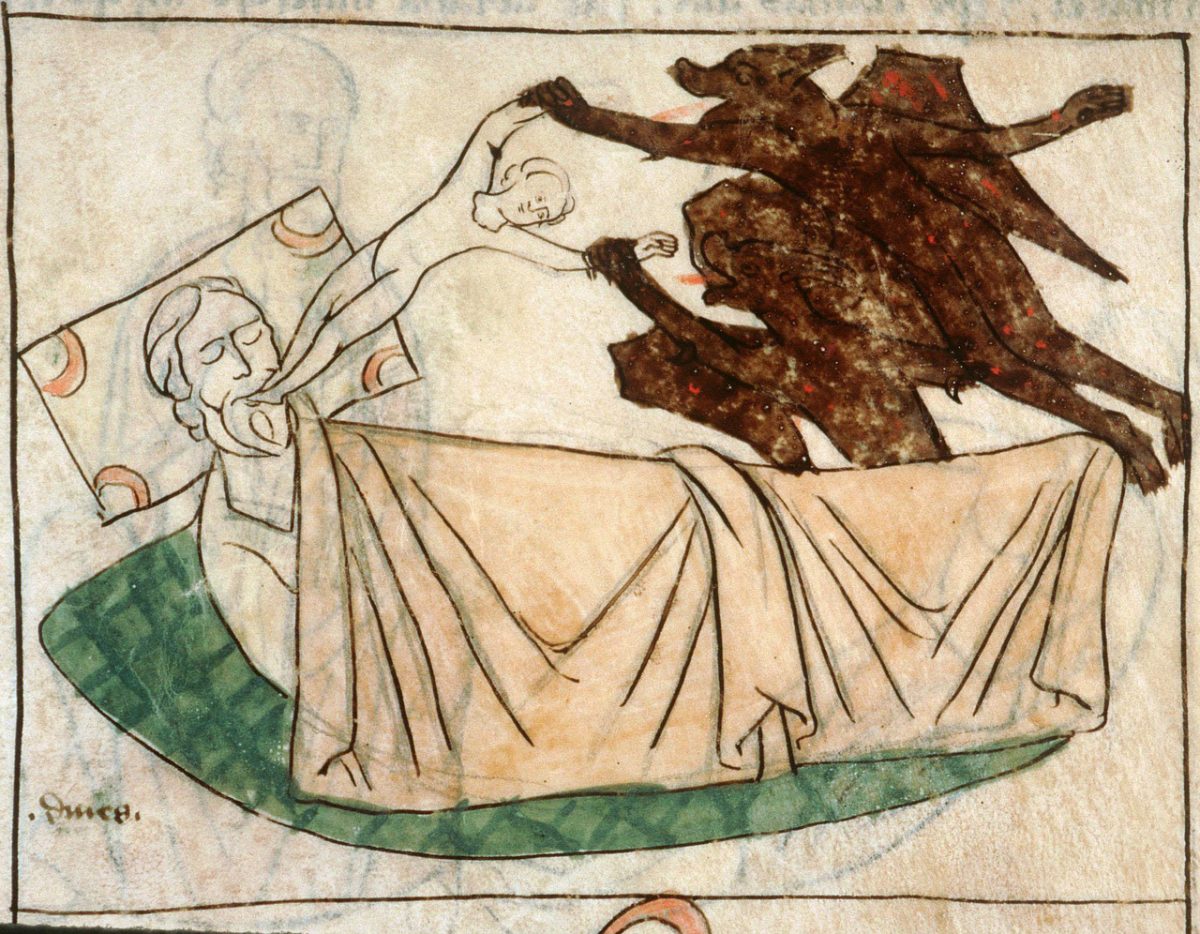 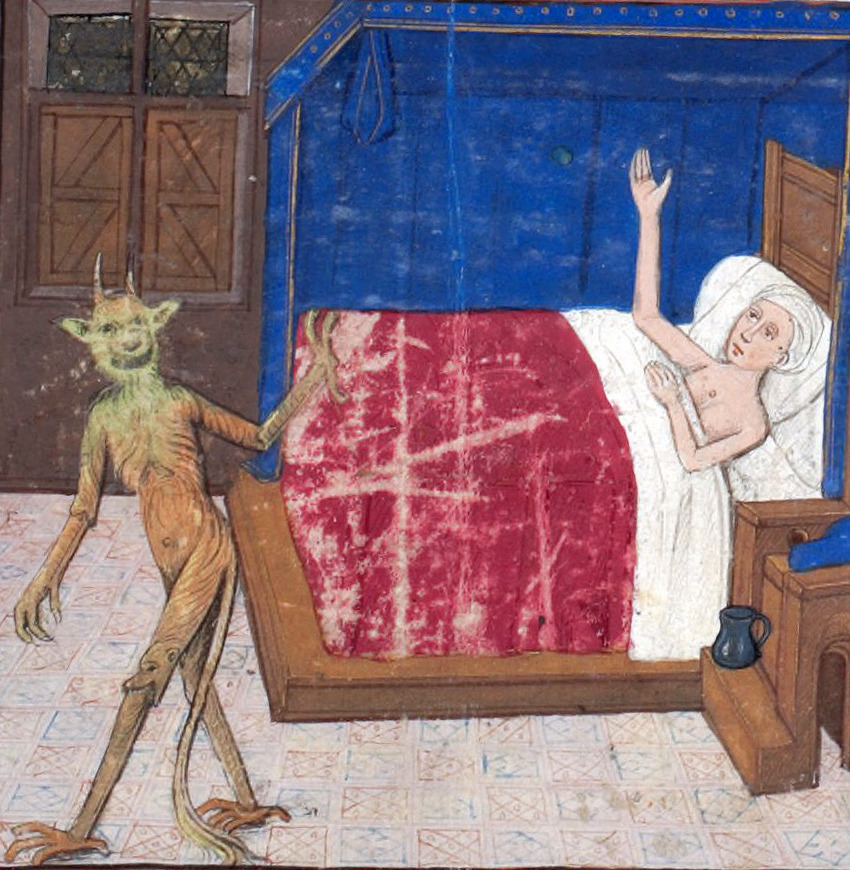