Don McCullin, Legendary War Photographer, Reflects on His Career: "Am I Haunted by All This? I Think About It All the Time." - Flashbak 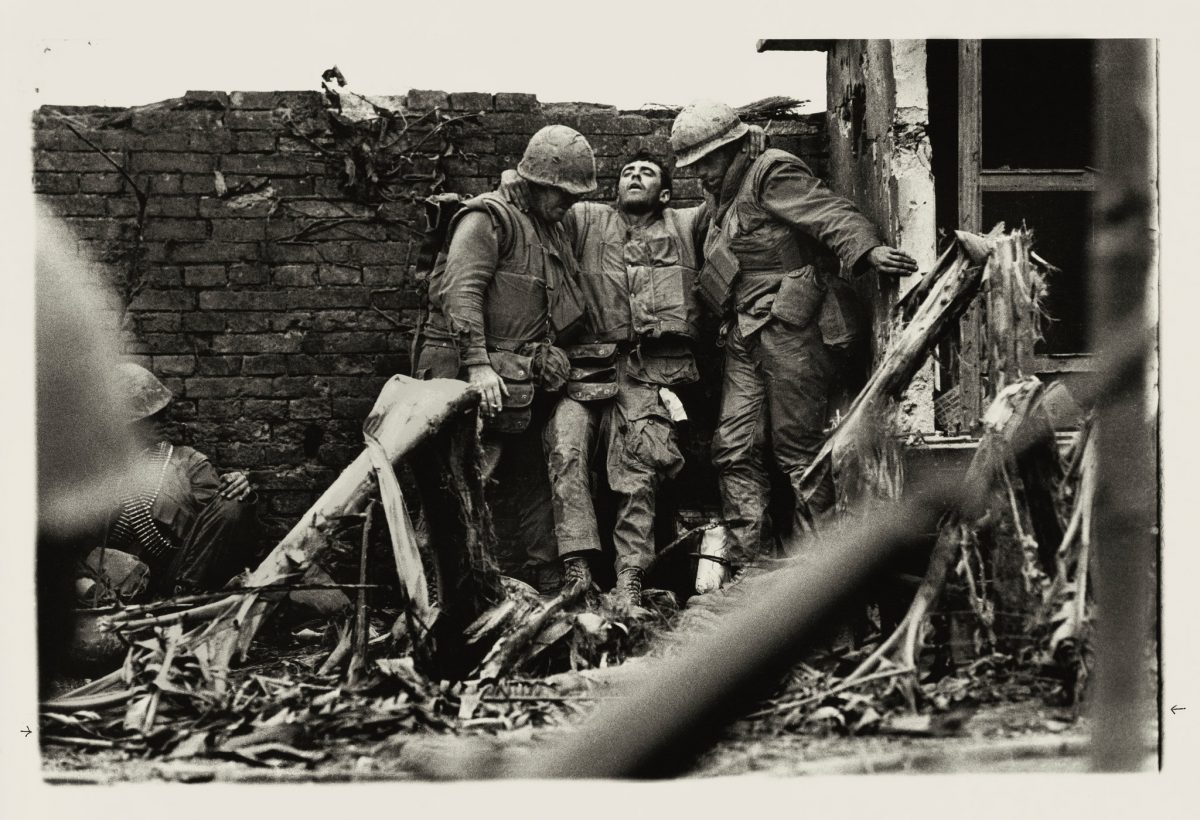 British photographer Don McCullin is very careful about the way he defines himself. Despite having a major retrospective at the Tate last year, he insists, “I’m not an artist. I’ve been struggling against that word all my life. The American photographers all want to be called artists. I’m a photographer and I stand by it.” Despite having taken his most famous photographs on battlefields, from Biafra to Cypress to Phnom Penh, he also resists the label “war photographer.” As Tate curator Aïcha Mehrez says, “he feels that it’s the equivalent of being termed an abbatoir worker.”

McCullin drives the point home, telling The New York Times, “A lot of people write to me, ‘I want to be a war photographer,’ and it sickens me in a way.” The desire to view death and suffering as a spectacle or adventurous career opportunity is perverse, he suggests, especially when photographers only train their lenses on the problems of others. “O.K.,” he goes on, “if you want to be a war photographer you don’t have to get in a plane and go to somebody else’s country. There’s a lot of poverty and misery and suffering in your own.” McCullin would know. “I’ve been there,” he says. 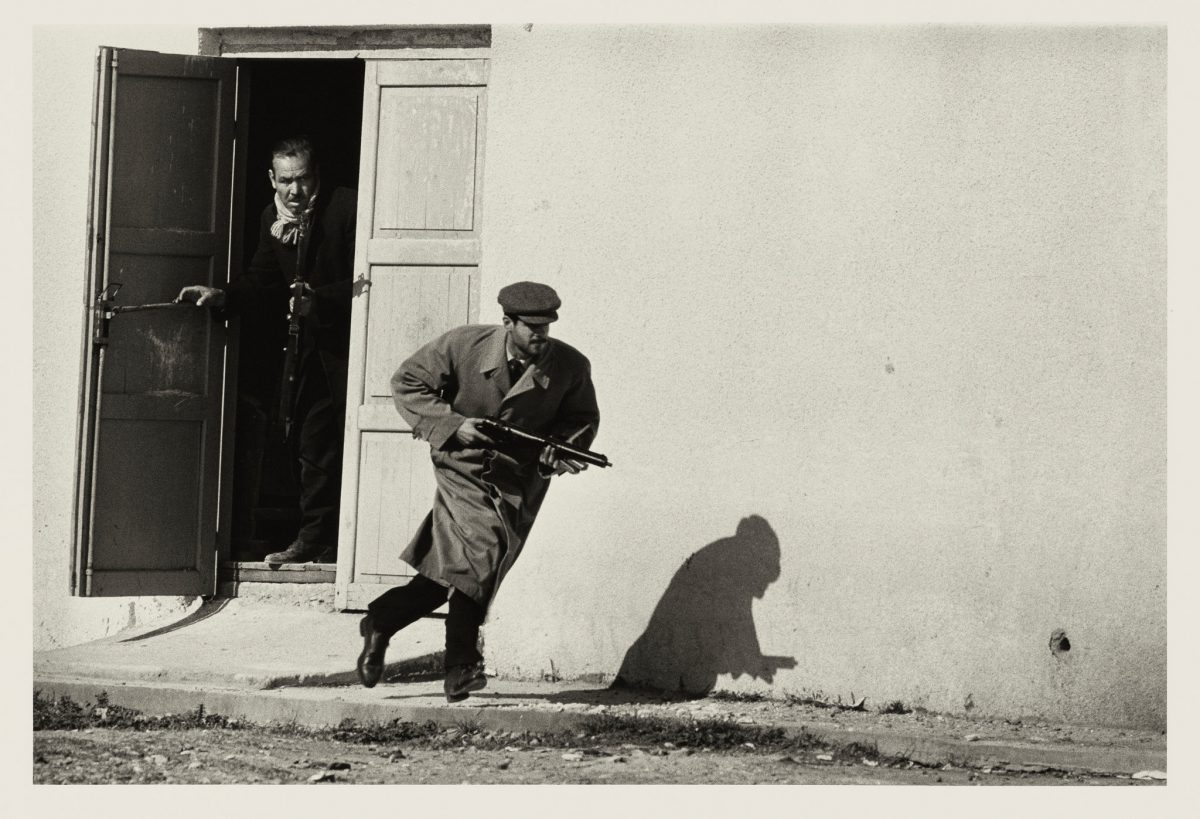 Growing up in poverty in North London significantly shaped his outlook. He suffered from dyslexia and did poorly at school; “He had been evacuated three times in his childhood; he’d been the main breadwinner for his family since the age of 15, when his father died, and he’d already spent two years serving in the RAF” when he sold his first photo in 1958 at age 23: The Guvnors in their Sunday Suits, a portrait of a London gang posed in the ruins of a Finsbury Park building, a portrait of his friends and his neighborhood. The image launched his photographic career, but McCullin has even, on occasion, resisted the label photographer, hyperaware of the how the word implies some inherent distance between the person behind the camera and those in front of it.

For McCullin, photography is bearing witness, and a mode of empathy. “I operate,” he once said, “not as a photographer but as a human being. I try to balance what I photograph not as a photographer but as a person, a man, and photography has got nothing to do with it. it is just something I have learnt, it is just a way of communicating.” His many demurrals aren’t a way to evade responsibility for his work. He feels acutely responsible for his images. But what exactly do they communicate? As Susan Sontag argued, there is nothing unambiguous about war photography. The same image can be used by both sides in a conflict as propaganda, telegraphing two entirely different messages and serving different agendas. 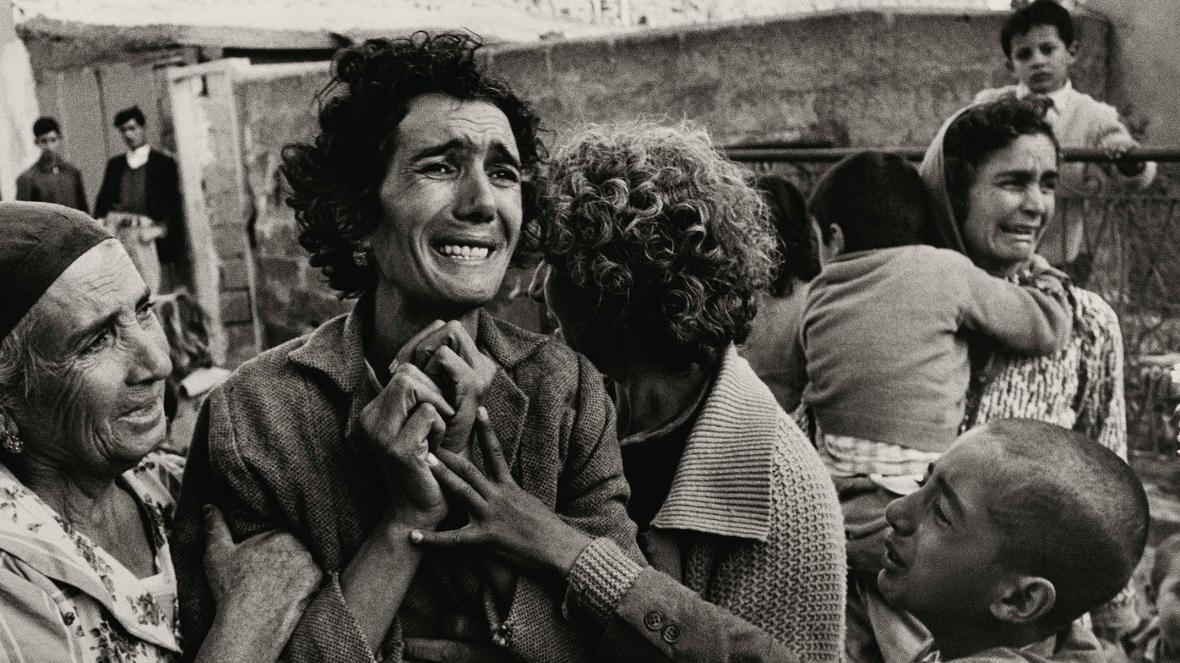 A Turkish wife learns of her husband’s death, Cyprus, 1964 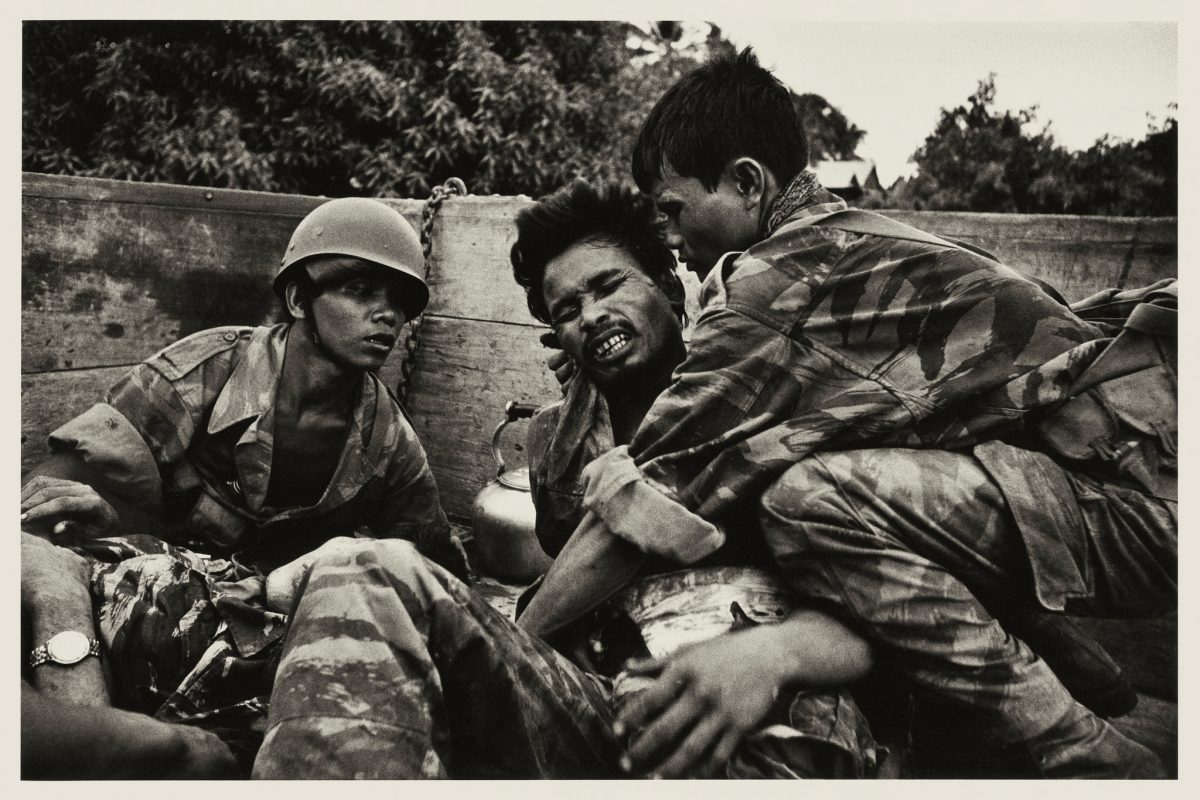 “Alter the caption,” Sontag wrote, “alter the use of these deaths.” Photography is always situated near explanatory text, whether in magazines or gallery retrospectives. McCullin’s own narratives contextualize his work in ways that generate compassion for his subjects—and sometimes for the photographer himself. Of one image, of a dying man in the back of a truck near Phnom Penh, McCullin explains how he almost met the same fate:

I was in a small town near Phnom Penh and it was the evening and we walked into an ambush. A mortar bomb dropped in front of the jeep and I got all the metal that came underneath. It got me in my legs and my crotch. And it killed the man who was in front of me. He got the whole lot in the stomach.

They put me on this truck to take me to hospital and I felt, “Why sit here doing nothing? Why not take pictures, take my mind off it?” He died after I took this.

McCullin has ultimately had a difficult time taking his mind off what he’s seen. When the 84-year old photographer returned to England after years of travel, “he was ‘very depressed,’” writes Naomi Rea at Artnet, “traumatized from years of witnessing unimaginable horrors, and found it difficult to escape the guilt of covering wars that never seemed to stop coming.” Just as Virginia Woolf wrote during the height of the Spanish Civil War, he came to doubt “whether when we look at the same photographs we feel the same things.”

Whatever we call him—artist, war photographer, photographer, human—McCullin’s own experiences risking his own life to document the pain of others has taken its toll. He seems to serve as a living admonition to those who would do the same. “Am I haunted by all this?” he says. “I think about it all the time. I don’t have any freedom from it.” 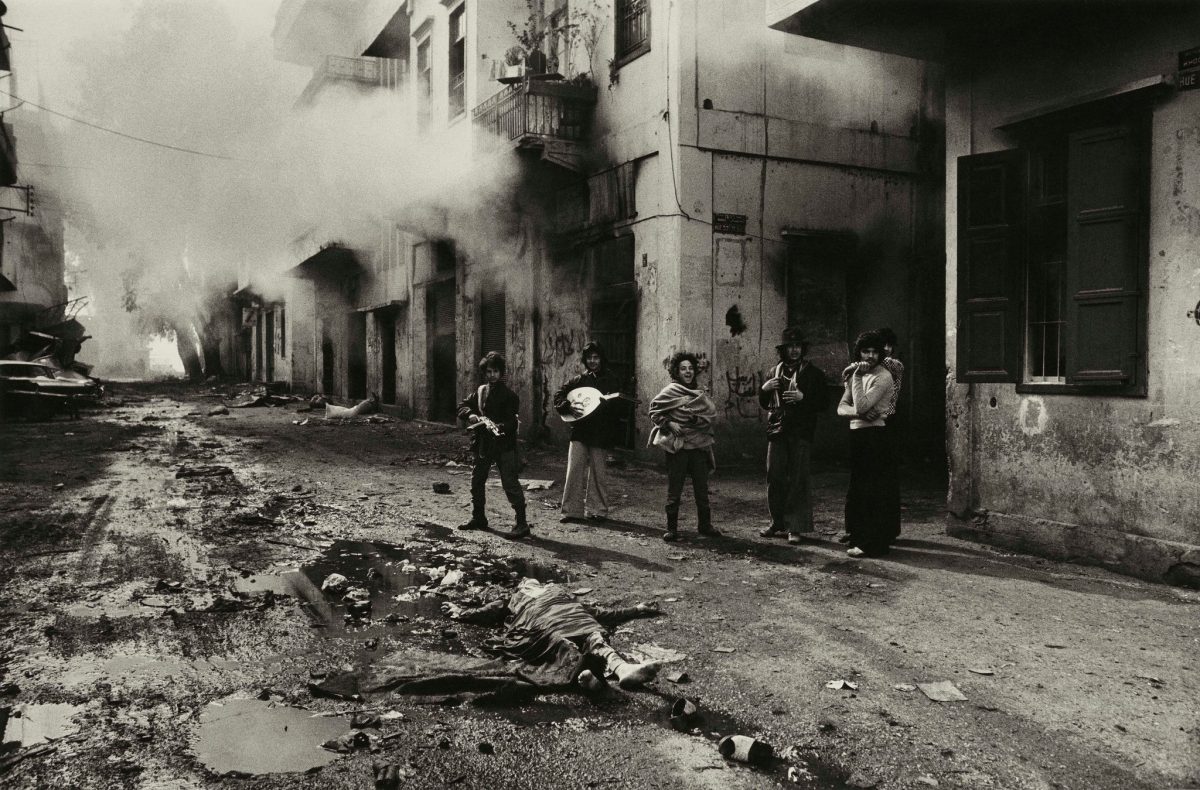 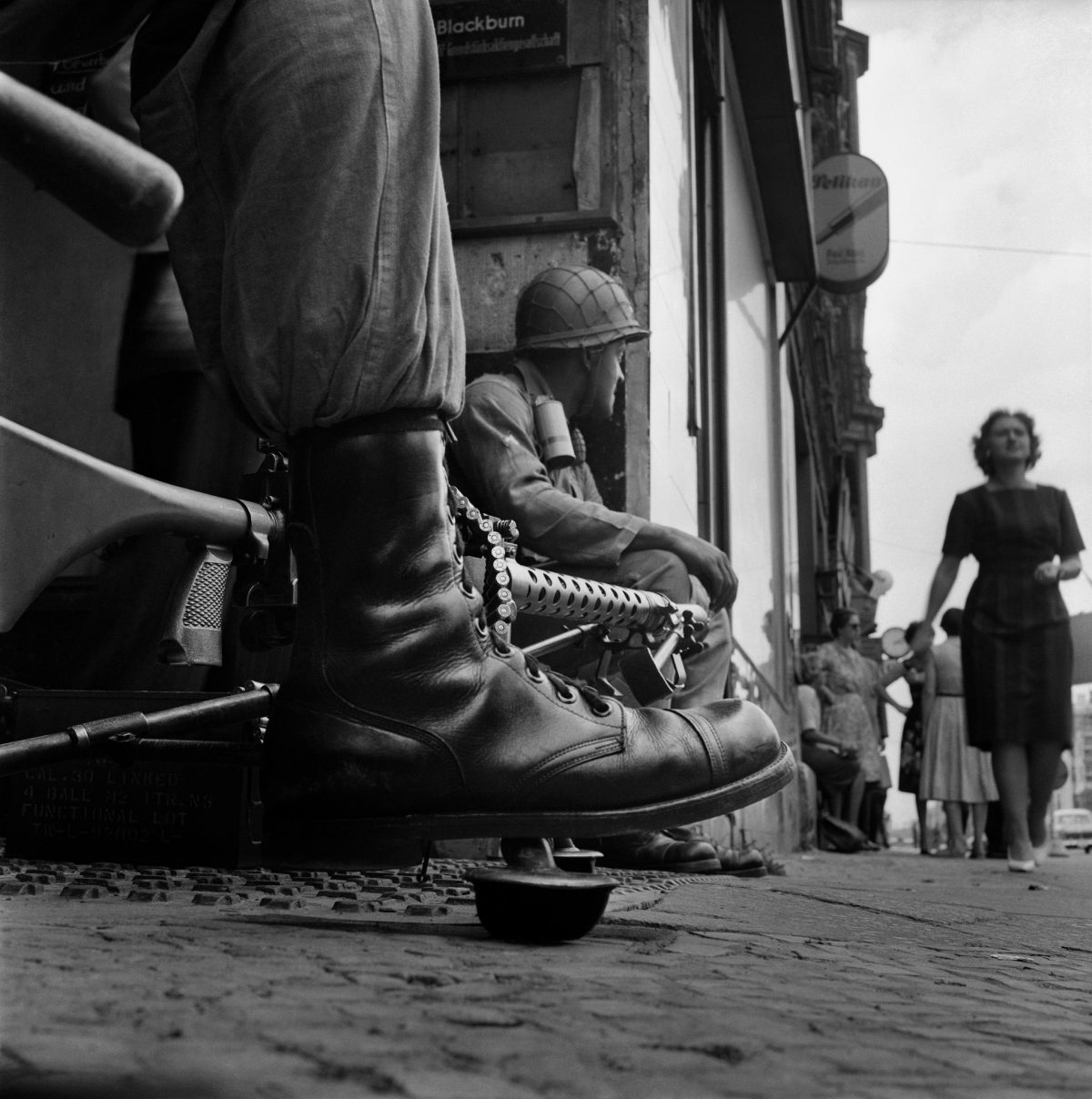 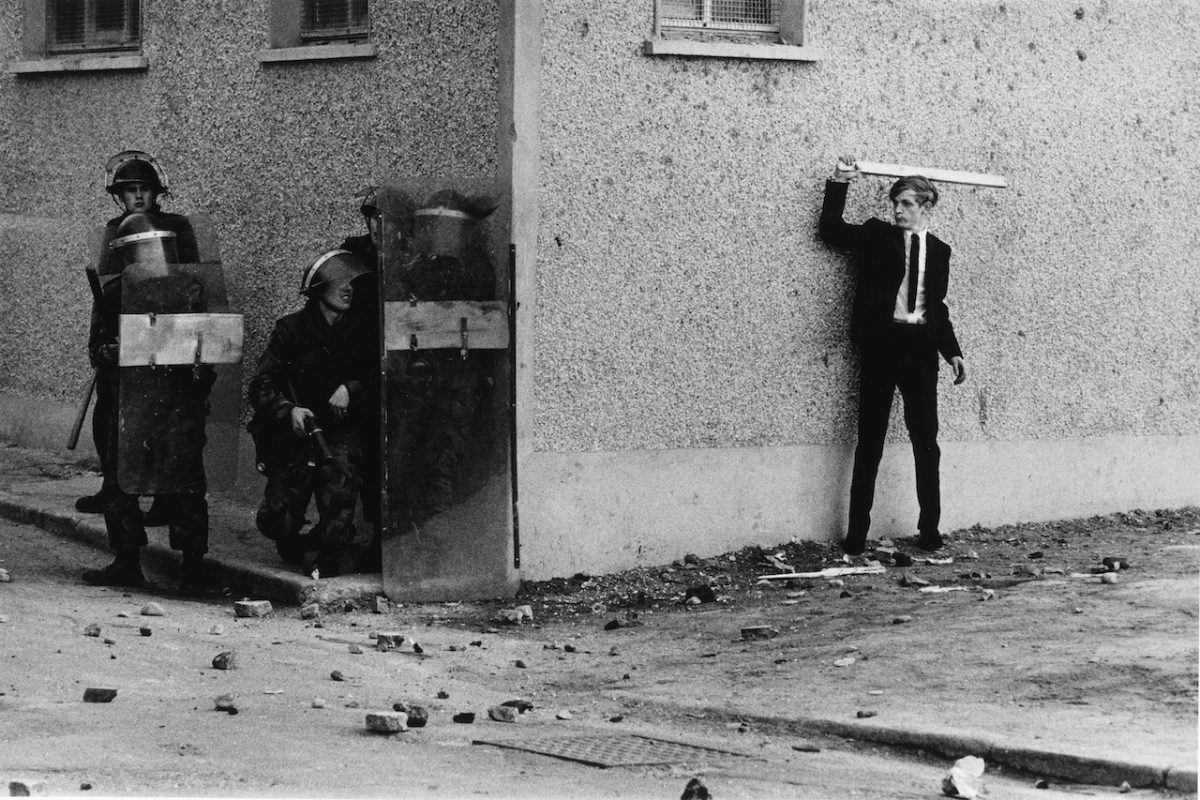 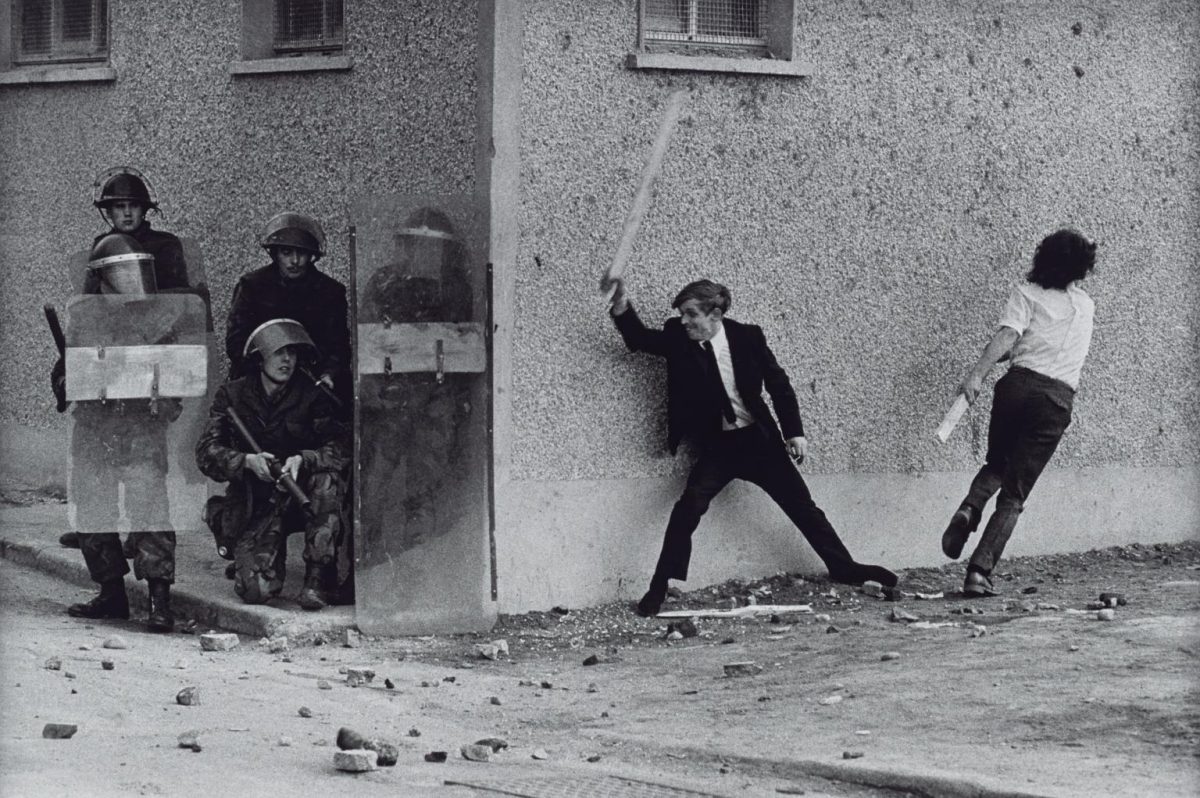 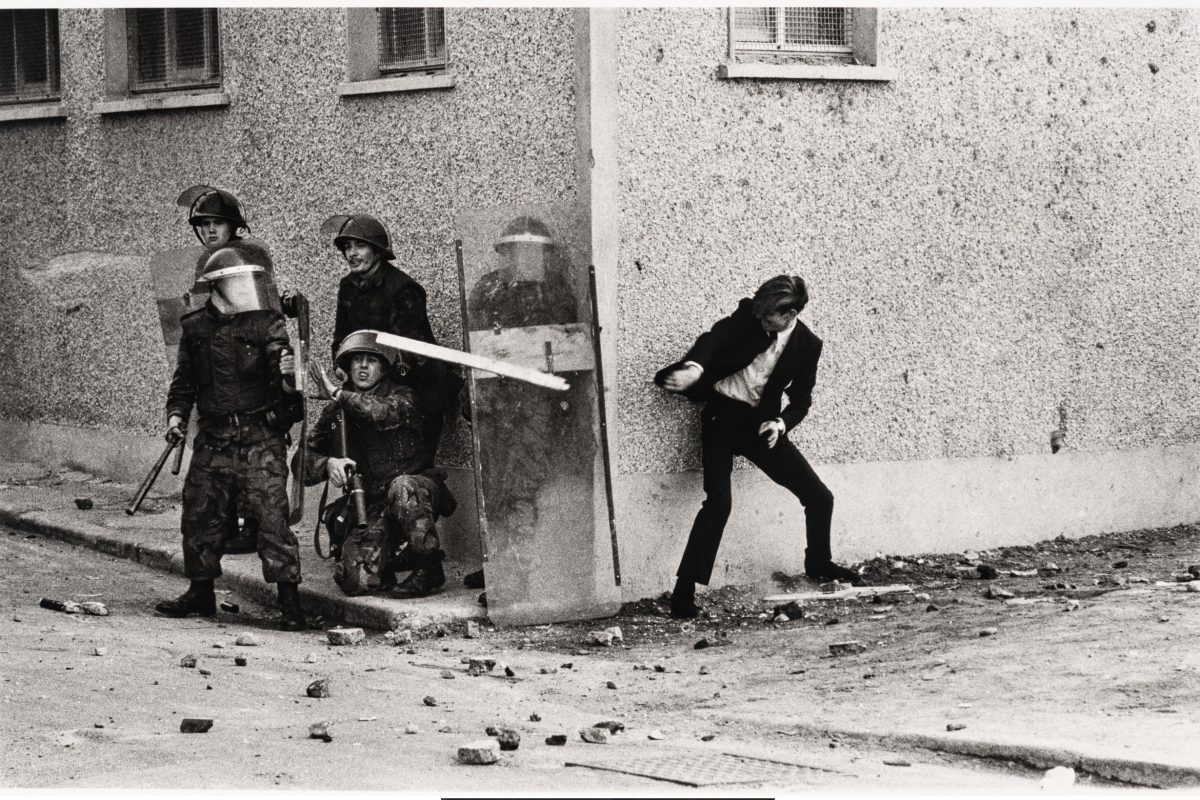 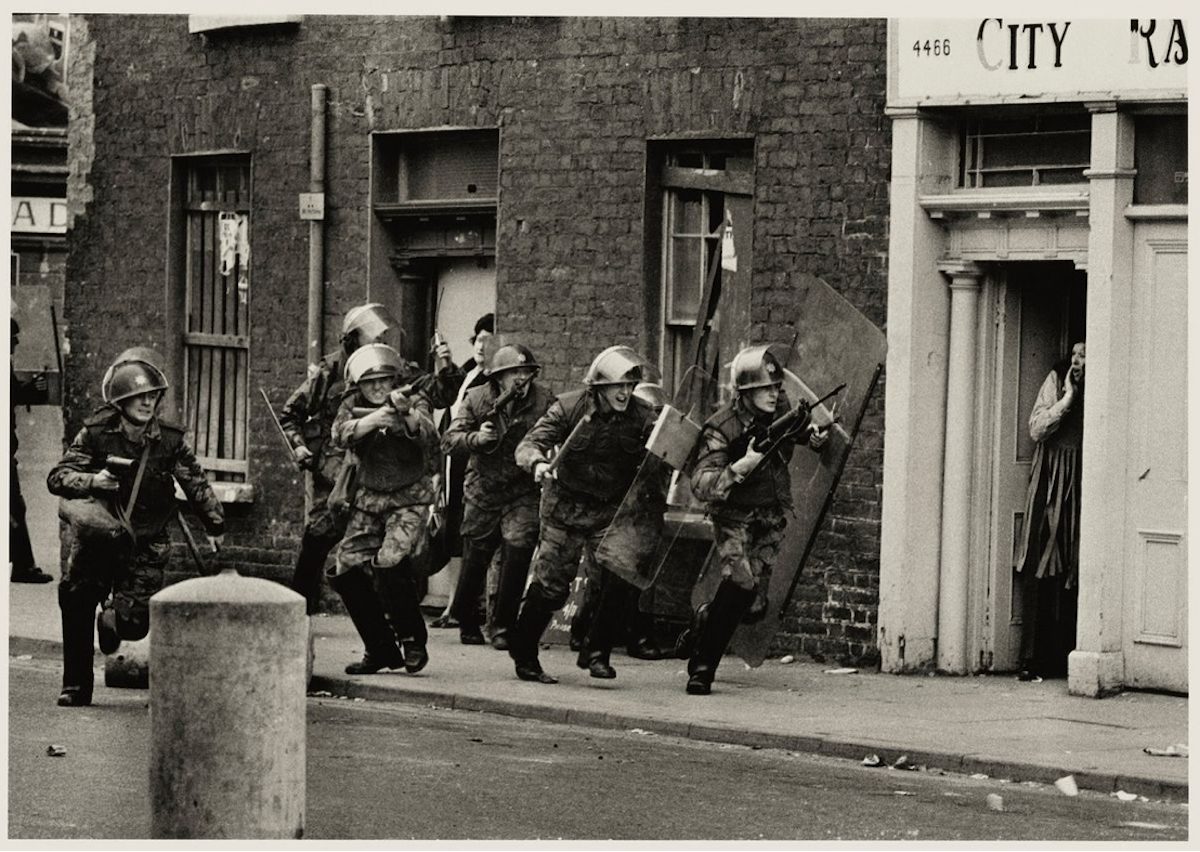 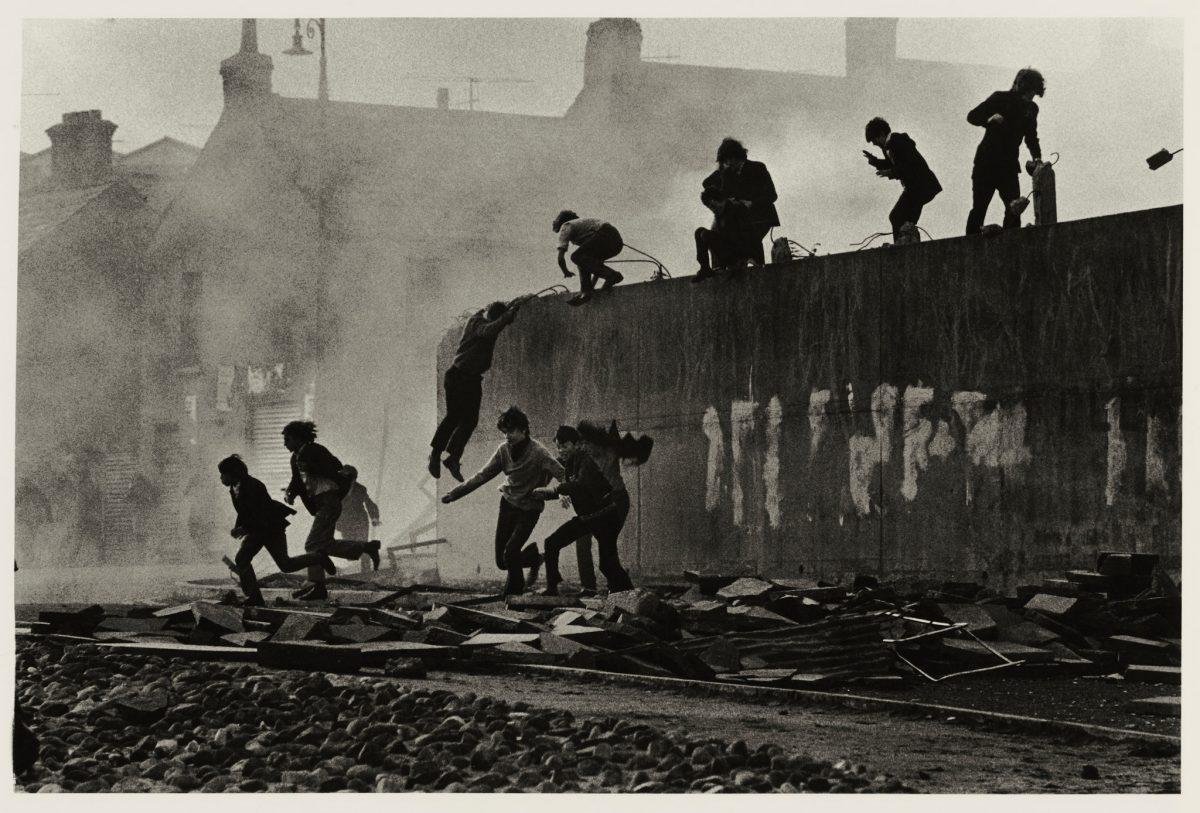 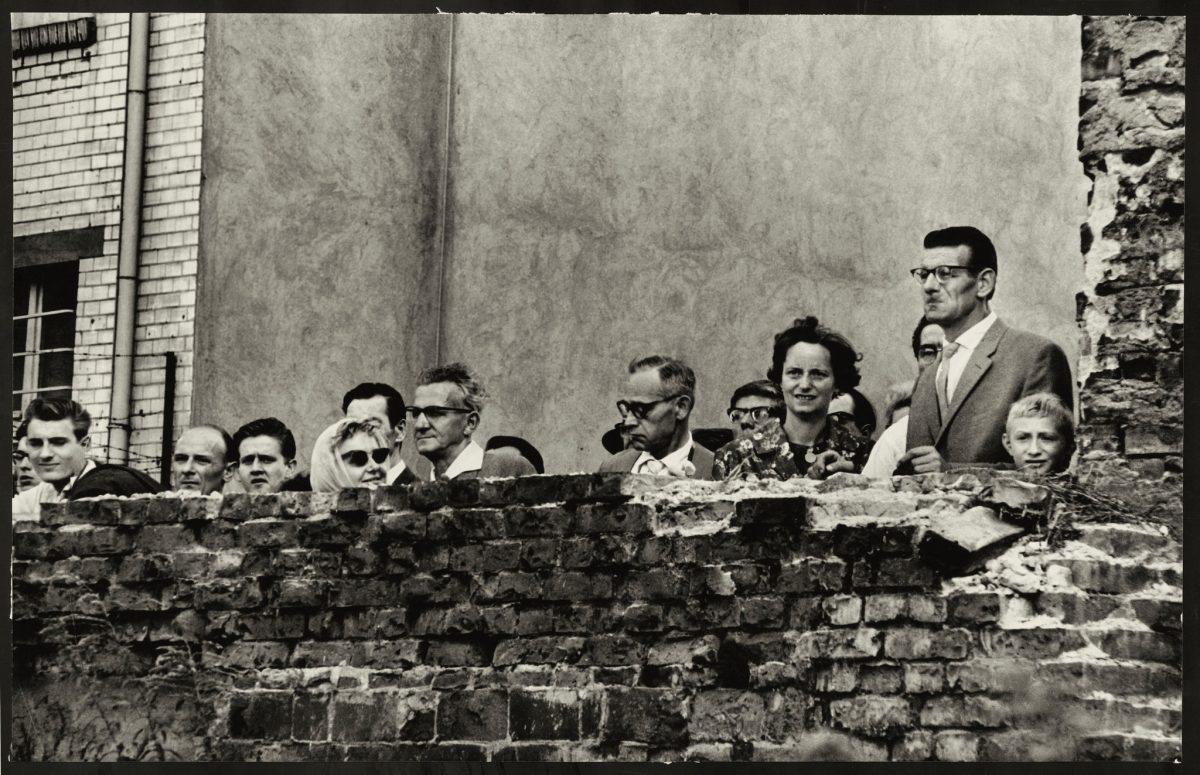 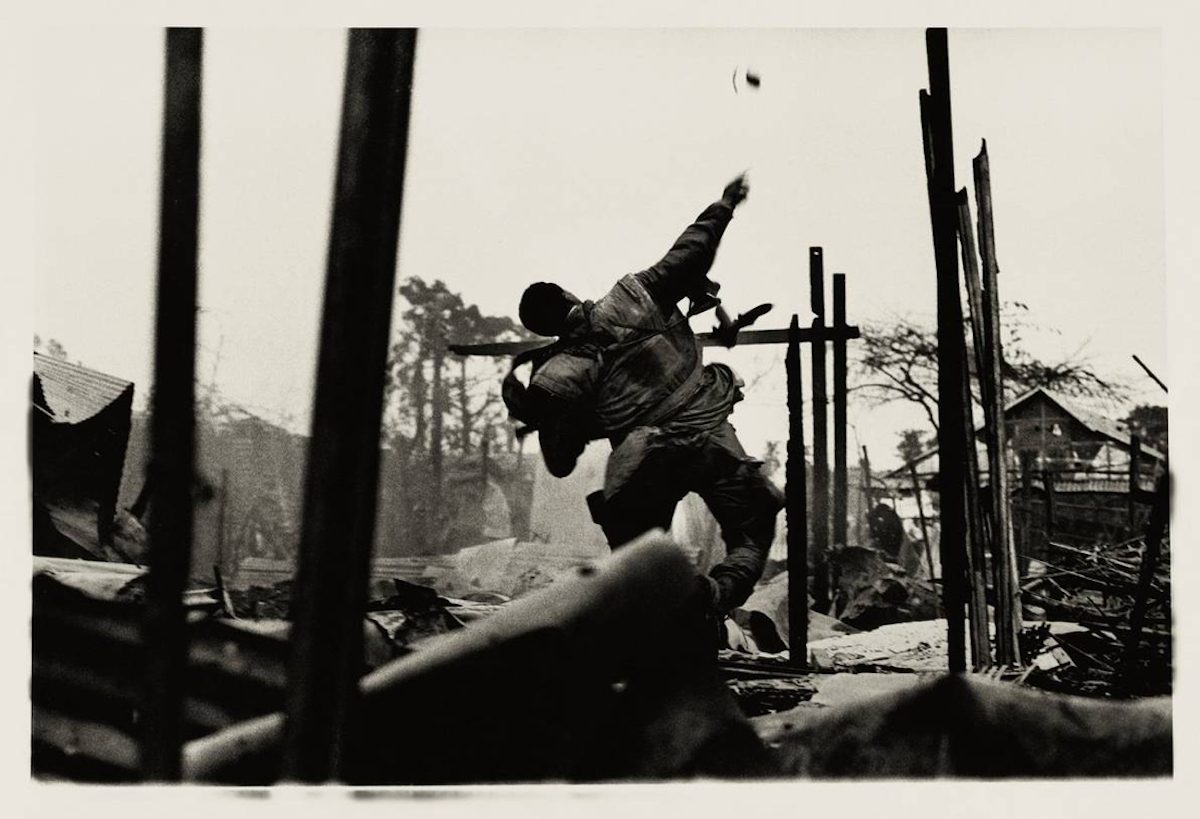 Don McCullin, “US soldier as he throws a grenade at North Vietnamese soldiers, moments before he was shot by a sniper,” Hue, Vietnam, 1968 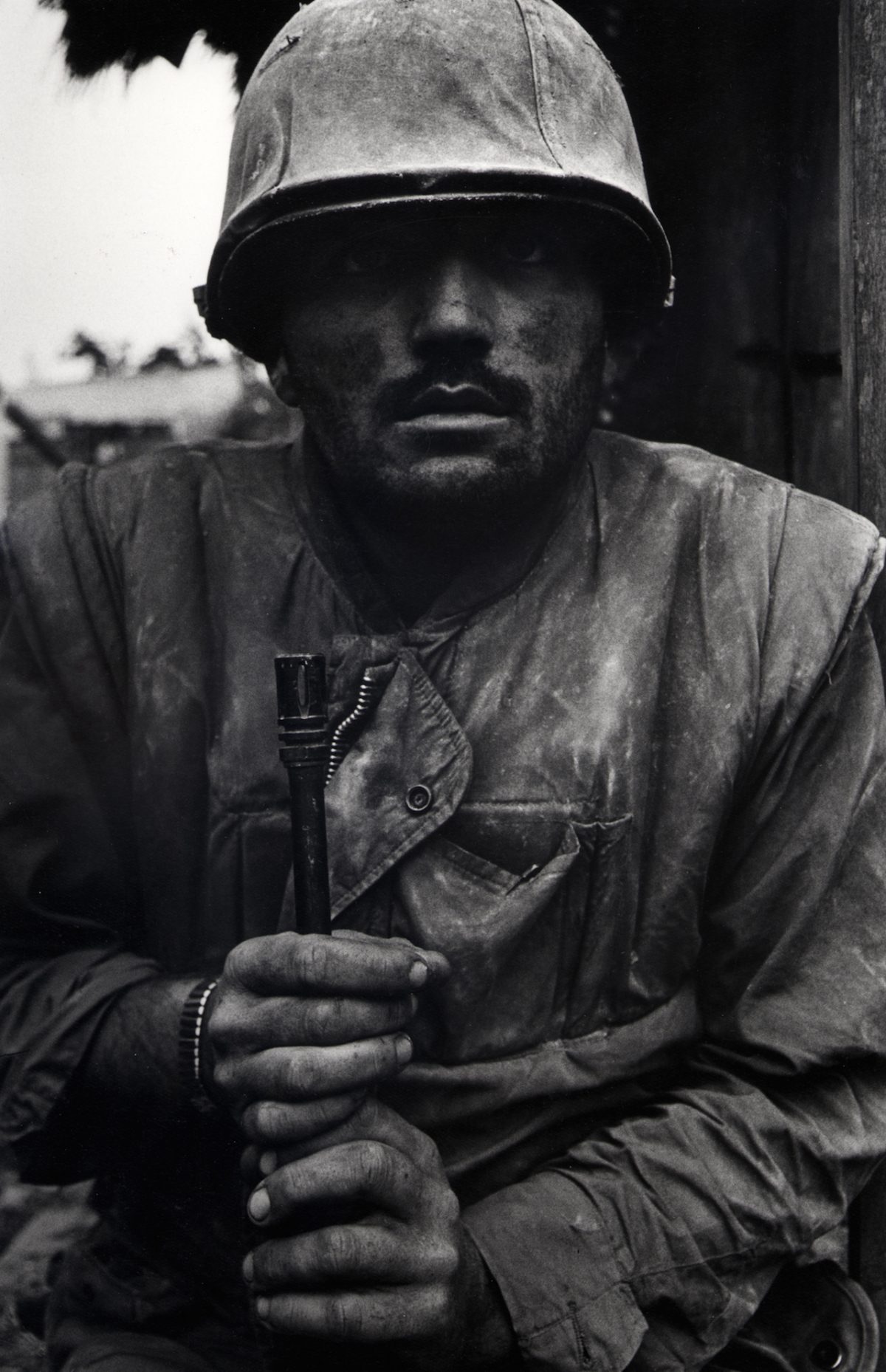