Aid Package Status Update: How individuals and businesses will navigate the system for relief. 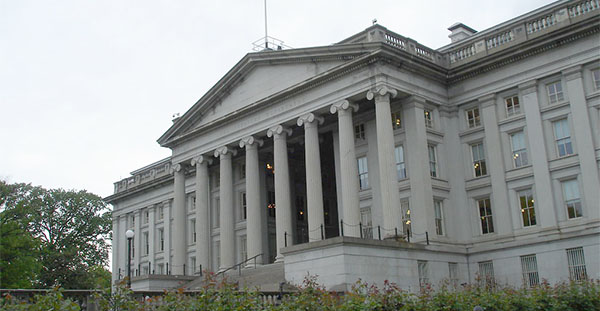 Twice as many Americans filed for jobless benefits last week as the week before, and the week before was several orders of magnitude beyond the all-time record. The astonishing number of 6,648,000 unemployment filers reflects an economy in a coma during this widespread forced distancing. Over 10 million workers have now been affected.

The deep freeze, to date, has only one offset: the economic survival package passed last week. Congress typically moves in slow motion but there have been some developments in the past seven days, though while the speed is positive not everything being done matches that. Let’s look at what’s happening:

Unemployment insurance: Given those jobless numbers, this is the big one. An extra $600 is supposed to start appearing in weekly checks, and when added to the typical state unemployment level that should replace income up to $50,000-$60,000 per year, depending on the state. Labor Secretary Eugene Scalia told the Wall Street Journal that funds would be released to the states this week. But that doesn’t mean the $600 will get to filers immediately; it depends on the overburdened state unemployment systems to distribute the money. Scalia didn’t know when that would begin.

Laid-off workers practically everywhere report delays in getting their claims filed, but the clock for the enhanced unemployment does not appear to stop ticking; it ends at the end of July. So if you have to wait a couple weeks to get through to your state system, it seems you’ve lost that $600 boost on the back end. A billion dollars has been appropriated for state UI systems, but that’s stretched nationwide.

Direct payments: These are the $1,200 checks for most people who were low and middle-income earners in 2018 or 2019 (it’s a long story). The IRS released guidelines for the payments on Monday, and it initially said that people who haven’t filed a tax return in the past two years—because they have no tax liability—would need to quickly file. That included Social Security recipients, which was against the letter of the law. By Wednesday night, the IRS had reversed itself, saying that Social Security recipients would not need to file taxes.

But others, like veterans, disabled people, and people with low incomes, still might have to file, and it’s not like many tax filing centers are open. Private-sector tax filing companies have promised to make free, do-it-yourself returns easier to file, but that hasn’t happened yet. The IRS has promised to create a portal for direct-deposit information if it’s not already on file with the IRS. That too hasn’t happened. If the IRS has your banking information the $1,200 will appear within a couple weeks. If not, a check will be mailed and that could take up to four months.

Small business loans: The news seems better here. The Treasury Department and the Small Business Administration released guidelines for its loans on Tuesday, which are forgivable if the proceeds go to eight weeks of payroll costs and other core operating expenses like rent. The first payment is deferred for six months. No collateral is necessary and no fees are paid by the borrower. The forgivable loan can be as high as $10 million. Small businesses would receive the funds through private banks, and the application is remarkably short for a government program. Even if it’s not a grant, the loan pays a skinny 0.5 percent interest. Businesses can apply as soon as Friday.

Liberals have thrilled to this being akin to Denmark’s payroll support program, attaching workers to their businesses while keeping millions of places alive. Here are a couple caveats. The House Financial Services Committee, in a letter to administration officials, notes that, while all federally insured banks could participate in the program, if they are not already an SBA-approved lender, must fill out an application. However there are no available application forms. Second, there’s the question of businesses who’ve already laid people off. They can re-hire those employees to ensure that they’re spending 75 percent of their loans on payroll, the threshold for forgiveness. However, as Jordan Weissman indicates, some employees may resist being re-hired, because they get more on the expanded unemployment plan. There are work-arounds to this (like hiring others, or keeping the money as a short-term cushion) but it slightly undermines the purpose of keeping people attached to their businesses.

The bigger problem to me is that this covers eight weeks of expenses. Does anyone think things will be hunky-dory in eight weeks? Plus, the $350 billion for this program is likely to drain fast, given that there are at least 30 million small businesses out there. Speaker Pelosi and Ro Khanna are fighting to allow venture capital-backed companies to tap the resources, and I talked yesterday about private equity-backed firms seeking the cash too. Treasury Secretary Mnuchin has talked about re-upping the program if the money runs out, but only one party is that interested in coming back to Washington for any legislating; Mitch McConnell threw cold water on a quick Phase 4 plan yesterday. Small businesses would be in the hole with no income for many weeks under that scenario; I am pessimistic that they’d be able to hold out.

Incidentally, while banks get no money from borrowers for making these loans, they do get processing fees that should work out to billions of dollars.

Airline bailout: Guidelines were released for this on Monday, with another short application form and a request to apply by Friday (though that’s a “deadline” that’s not a deadline, it’s just for expedited processing). These would be payroll-support grants, and Treasury has asked the applicants to figure out “appropriate compensation for the government” in the form of equity stakes or some other method.

Workers, led by the flight attendants’ union, have rejected the call for warrants on grants, saying that airlines won’t take the relief and tens of thousands will lose their jobs. “This effectively renders the payroll grants a poison pill,” unions said in a letter to Treasury. The equity stake, they say, should come on future loans, the other half of the $50 billion in relief. Democratic lawmakers have said that whatever conditions should be “reasonable” and not slow the outlay of cash. The grants also rule out airlines sharing flights, which they have floated.

The fact that Boeing, which is also part of this bailout program, is offering voluntary buyouts to employees suggests that some companies will opt for layoffs over aid, as the unions suggest (Boeing’s CEO has already rejected equity stakes). But other airlines have indicated they’ll take the money. Meanwhile the payroll support is only required for six months, and airlines have lined up to say they’ll start downsizing the day that expires.

Meanwhile, Treasury is hiring three boutique Wall Street banks in an advisory role on how best to give out the money. PJT Partners Inc., Moelis and Perella Weinberg got the plum assignments. At least someone’s getting hired.

The actual bailout: While there’s been a lot of transparency about these other aspects of the aid package, almost nothing has been released about the piece of it that dwarfs the rest: the $4.5 trillion Federal Reserve money cannon, to which Treasury will commit $454 billion from the CARES Act. The programs for individuals and small businesses mentioned above come to maybe $1 trillion, and there are nagging questions as to whether that will be enough and whether it will get to everyone who needs it in time. There are no such questions with the money cannon.

And Congress won’t have much room to ask such questions either. Lawmakers are working remotely, a less-than-ideal circumstance for oversight. And almost all of the decisions can be made virtually unilaterally by Mnuchin and Fed chair Jerome Powell. The White House has already indicated he will ignore some oversight measures. As Matt Stoller notes, this is now a planned economy, planned by Donald Trump and his functionaries. Congress gave him that power and he’s likely to use it.

I was on Jeremy Scahill’s Intercepted podcast yesterday discussing the bailouts, and you can listen to that here.

If you’re a small business navigating the relief process, or someone recently unemployed, or just have a story to tell, I want to hear from you. Email me directly at ddayen-at-prospect-dot-org.