On November 2, 2021, "On the Ground News" (OGN), run by U.S.-born jihadi reporter Bilal Abdul Kareem, who is based in Syria, posted an Arabic-language infographic on Telegram,[1] originally released by the Harmoon Center for Contemporary Studies,[2] identifying six new Captagon[3] factories established by Lebanese Hizbullah and Iran's Islamic Revolutionary Guard Corps (IRGC) in areas controlled by the Syrian regime. 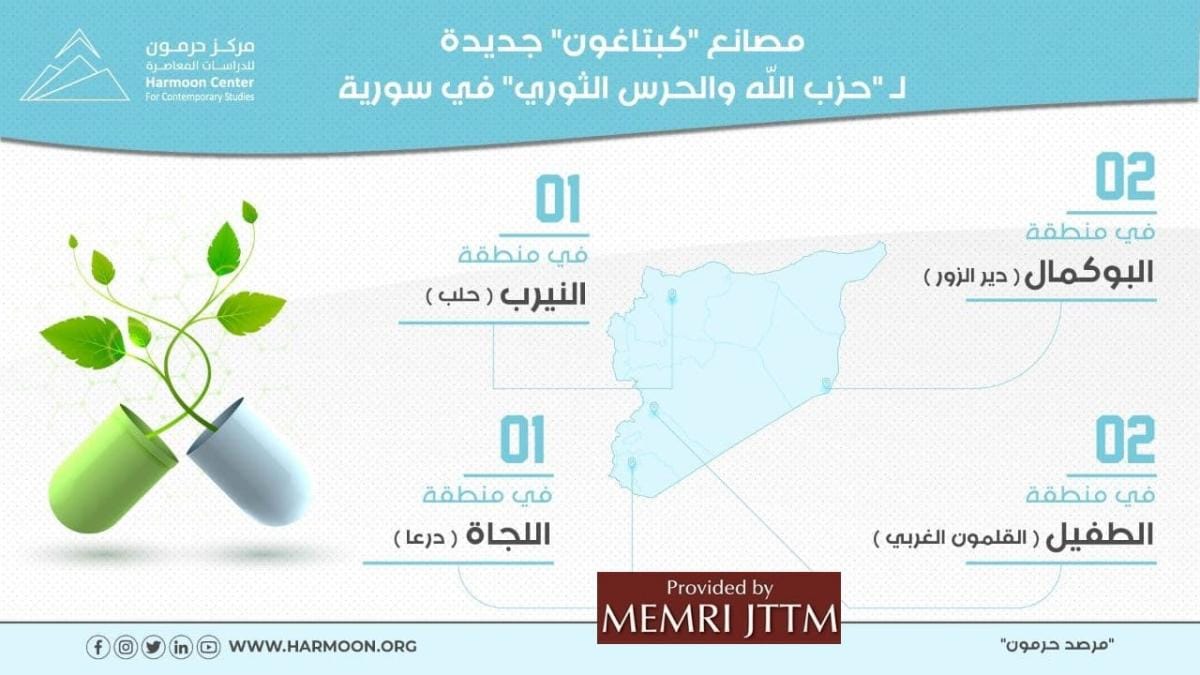 According to the infographic, one factory is located in the Lajat area near Daraa, and two other factories in Al-Bukamal city in Deir Al-Zour governorate, near the border with Iraq. Interestingly, on May 24, 2021, the Syrian Step News Agency, a pro-rebel news outlet, reported that the Iran-backed Shi'ite Lebanese militant group Hizbullah has begun planting cannabis near Al-Bukamal in eastern Syria, near the Iraqi border.[4]

It is worth noting that on August 22, 2021, OGN posted a video clip showing members of Azim, an umbrella group comprising several factions in the Turkish-backed Syrian National Army, confiscating "more than 140k Captagon pills hidden inside olives, smuggled from areas under [Syrian] regime control."[5] 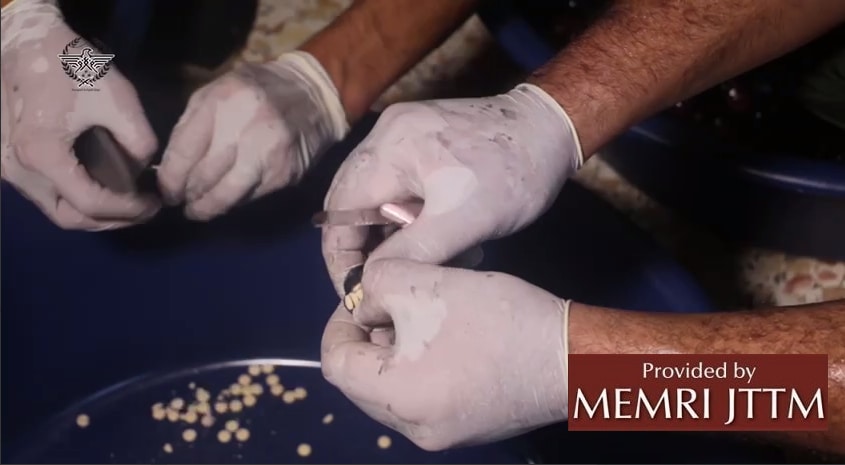 [3] Captagon is one of several brand names for Fenethylline, an illegal drug containing amphetamine and theophylline.