How the Christmas pickle ornament tradition came to be

Despite the chillier weather, Christmas is not a time for being cool. The holiday season is best enjoyed when aloofness is ditched and embarrassing sentimentality is allowed to take over.

Yes, you’ve already heard Nat King Cole sing about those chestnuts and that fire 50 times before mid-December even rolls around. But traditions, no matter how hackneyed they’ve become, are what keep us grounded during this stressful time of year.

For some people, those Yuletide rituals include having the little ones hunt for a pickle that’s hidden on the tree on Christmas morning.

If you’re totally in the dark here, the Christmas pickle is a holiday tradition that involves adults hiding a pickle ornament somewhere within the branches of your Christmas tree and awarding the first gift, an extra gift, or a year of good fortune (traditions vary) to the kid who finds it first on Christmas morning. 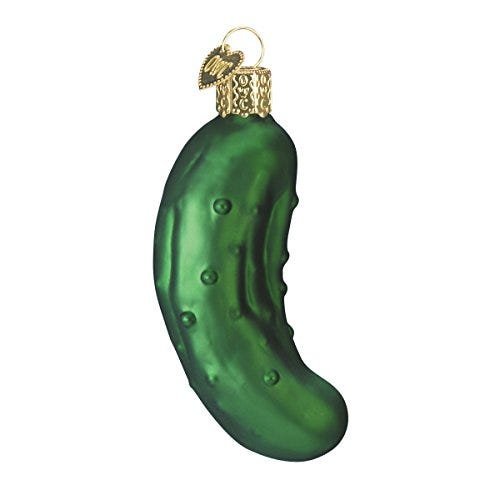 If this sounds like one of those traditions that could only have come from Europe at some point during the Middle Ages, you wouldn’t be the first one who thought so but you’d be pretty far off.

If you dig into the history of the Christmas pickle, you’ll see Germany mentioned an awful lot. If setting kids to find a green ornament in a green tree doesn’t sound like the kind of impish practice that could’ve come from the same country that brought us lederhosen and Krampuslauf, then you don’t know Deutschland.

While it would be easy to believe that the Christmas pickle hailed from Germany, the vast majority of people there have apparently never heard of it. In 2016, The New York Times reported data that showed more than 90% of Germans surveyed had no familiarity with this ritual — although some ornament makers there have cashed in and now reportedly sell tens of thousands of blown-glass pickles a year. 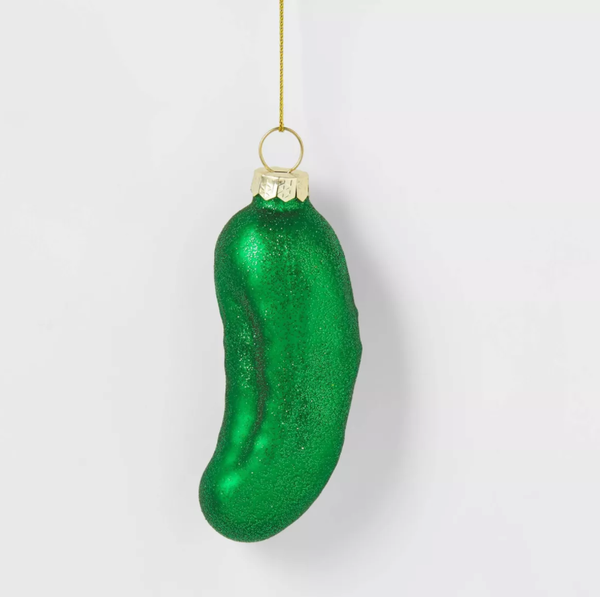 The German Way & More, a website that dives into German culture, blows apart the whole idea that this could be a tradition that came from that country in one brief post. According to the blog, the dead giveaway that this isn’t a German practice comes from the fact that the pickle is hunted before gifts are opened on Christmas morning, as the big morning of tearing open presents comes on Christmas Eve there. After doing extensive research, the author declares that they found “zero historical or other evidence to indicate that the [Christmas Pickle] is a genuine Christmas custom from Germany.”

While we apparently can’t thank Germany for inventing this kitschy custom, we can thank them for inventing the Christmas tree, at least, which is a bit more impressive but not quite as much fun.

While there are further myths about the origin of the Christmas pickle that involve everything from a hungry soldier taken captive during the Civil War surviving on one measly pickle to St. Nicholas himself rescuing two boys from a grisly fate inside a pickle barrel, Occam’s razor would tell us that the true story is something far less magical.

The most likely origin of this so-called tradition is that it was a ploy dreamed up by a Don Draper-like marketing genius to sell unwanted ornaments.

USA Today reported that the legendary five-and-dime retail chain, Woolworth’s, began importing glass ornaments in the late 1800s and selling them at stores across America. The ornaments apparently came in many shapes, including some that were not specifically tied to the holidays, like pickles.

The pickle-shaped ornaments were not flying off the racks like the ones shaped like Santa Claus, so that’s when it’s believed that a crafty copywriter dreamed up the story about these being used for a folksy European Christmas tradition that sees kids racing to find the hidden pickle.

The actual country where these early glass ornaments were imported from? Germany, of course.

If the whole story was indeed thought up by a corporate shill, it’s got to be one of the best pieces of advertising ever created because pickle-shaped ornaments are still a hot seller more than a century later.

A spokesperson for Old World Christmas, a company that sells retro-style glass ornaments in a wide variety of shapes, told NBC’s “Today” in 2018 that the pickle has been its best seller for nearly 40 years. The brand now offers six different twists on the pickle ornament, including pickle chips, a whole jar of pickles, and a miniature gurken, for anyone who wants an extra challenge. 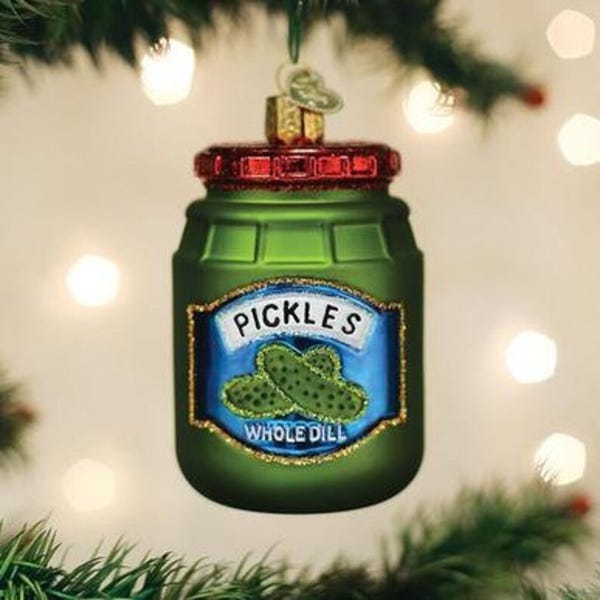 And if you plan to celebrate the holidays with furry friends, there are even Christmas pickle dog toys and cat toys out there. 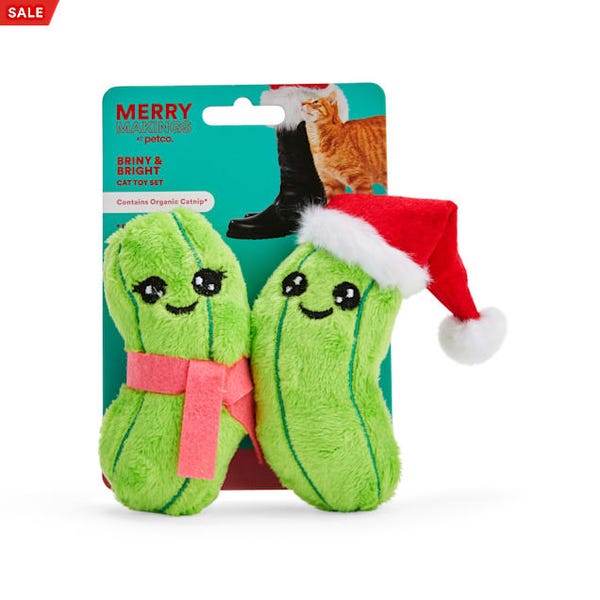