(CNN)Rocks, cliff faces, quarries gouged in earth. Not much for most of us to look at, but for paleontologist Andrew Knoll, they are radiant with meaning, telling a story he says is far grander and stuffed with more plot twists than any Hollywood blockbuster.

That tale is Earth's history -- how the planet went from a rock covered in magma oceans buffeted by comets and meteors to a green and blue orb teeming with life. Between those inhospitable beginnings and now, continents formed and were torn apart, mountain ranges appeared and disappeared, ice caps spread and receded. These are the lost worlds that Knoll has explored and shed light on.

"Having your nose up against the rocks. There's no substitute. If you're interested in the history of this planet, the library is rocks," said Knoll, who is the Fisher Professor of Natural History at Harvard University.

The Royal Swedish Academy of Sciences on Monday will award Knoll the prestigious Crafoord Prize, considered a complement -- and for some winners, a precursor to -- a Nobel prize.

The honor is for his work on illuminating the first 3 billion years of Earth's history, determining the ages of layers of bedrock, discovering tiny organisms from the depths of time that are the infinitesimal ancestors of every one of us and explaining the world's worst mass extinction.

"He really tries to integrate all the available data -- the geological, the biological and the chemical and puts things in perspective. He's not just a person that looks at a fossil and says, 'Oh, this is so and so and it came from this time period,'" said Daniel Conley, a biogeochemistry professor in the department of geology at Lund University in Sweden.

"He is able to make this holistic picture, understand why the fossil is there and the context of everything that's going on at the time," said Conley, who is a member of the Royal Swedish Academy of Sciences and the committee for the Crafoord Prize in Geosciences.

It's not necessarily the glamorous side of paleontology -- Knoll mostly finds and examines microfossils only visible with a microscope, not towering skeletons of extinct giants that take center stage in museum atriums. But how he has pieced together the story of Earth's birth and life's earliest history has revolutionized the field. 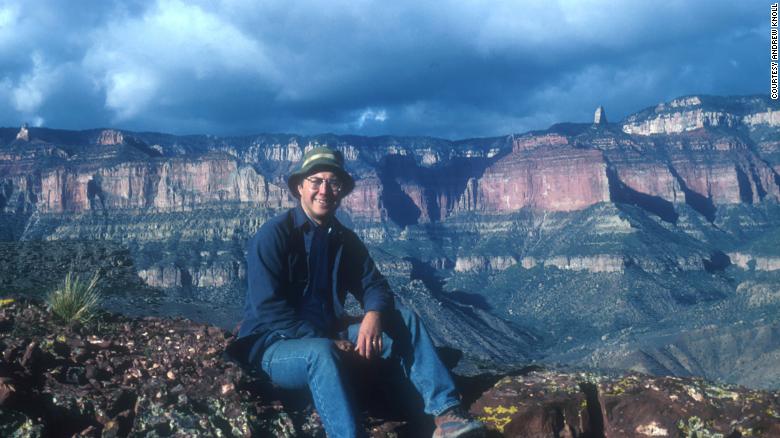 Our familiar world of complex animals began to take shape beginning about 540 million years ago, in what's known as the Cambrian explosion. But Knoll's discovery of microscopic fossils of bacteria-like organisms, single-celled protozoans and algae that date back as far as 3 billion years -- and the environment they emerged in -- have shown that the evolutionary path to our modern animal and plant life began much earlier.

"He was able to make these discoveries that there was life before we thought," Conley said.

Knoll put it this way: "We live on a microbial planet. Animals are really the icing on evolution's cake, but bacteria are the cake." 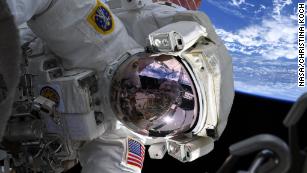 Knoll also first described what is sometimes known as the "boring billion" -- a period in Earth's history around 1.8 billion to 800 million years ago when nothing much appeared to happen biologically or climatically. Nonetheless, he said it was a crucial period that paved the way for life as we know it.

"Our work and that of others, demonstrates that this is when the eukaryotic cell came of age -- all of the molecular and cell biology that eventually made animals possible, was hammered out during this boring billion," Knoll said.

Knoll said he first became mesmerized by fossils he found growing up in Pennsylvania Dutch Country in the foothills of the Appalachians.

"I can remember the feeling when I was 12 years old and just the idea that you'd break this rock open and you'd see something that no human being has ever seen."

"That was a wonderful, wonderful thought, and I still get excited if I discover something or have an idea that no one else has had."

He's also applied his knowledge of the early evolution of Earth to Mars, interpreting data and images sent back by the Mars rover Opportunity, which was active on the red planet's surface from 2004 to 2018. 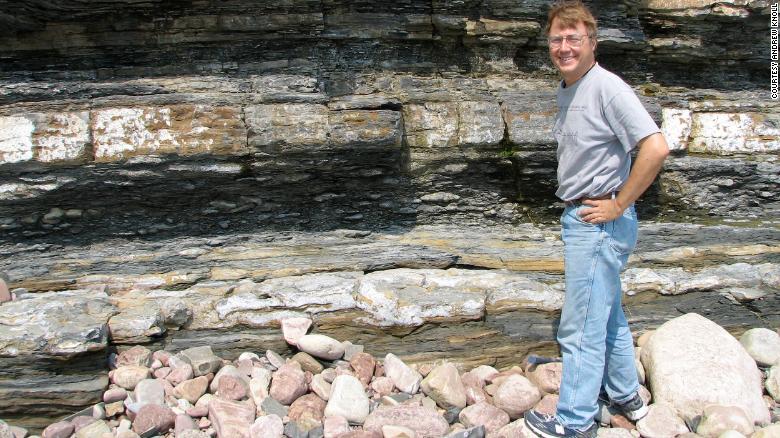 For Shuhai Xiao, a professor of geobiology at Virginia Tech who was a doctoral student under Knoll in the 1990s, it's his former adviser's work on Earth's carbon cycle -- and how it has played an essential role in the shifting cycles of the planet's history -- that has been most influential.

Knoll, he said, was one of the first people to use carbon isotopes to understand how much organic carbon was preserved in rock and, as a consequence, understand how much carbon dioxide (CO2) and oxygen was in the atmosphere at any given time period.

"That opened the floodgates. Today we take it for granted and a lot of people use carbon isotopes to talk about the paleo environment. But that was 1986, and not many people even did this kind of analysis let alone applying it to understand Earth's history," said Xiao, who spent many hours with Knoll on long train journeys in China, traveling to fossil sites.

"When I was first in the field with him, I was very impressed. He'd get the head lens on and it was almost like he was kissing the rock, he got so close." 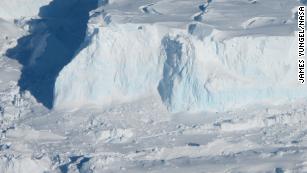 Falling levels of CO2 twice turned Earth into a snowball, completely covered with ice, and greenhouse gas emissions from volcanic activity warmed it up it again.

"Life is based largely on carbon. It's a unique element that can give rise to the molecular complexity that characterizes life, but it's also uniquely important to environmental history. The reason it's getting warmer right now, is that we are moving a lot of CO2 into the atmosphere," Knoll said. 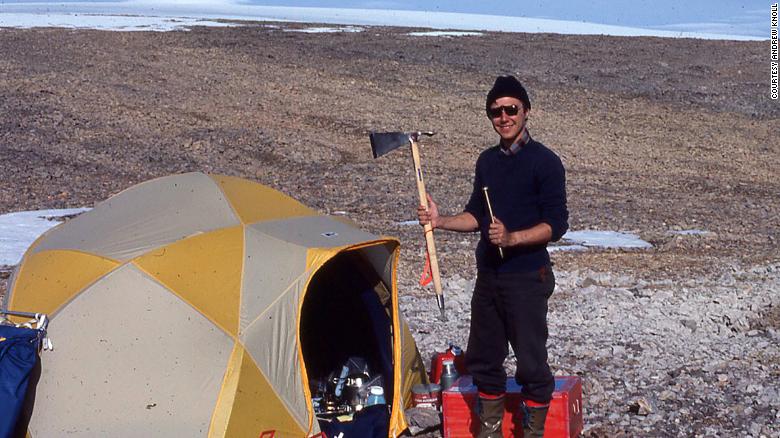 Knoll also came up with the most credible explanation for Earth's third and biggest mass extinction, when more than 90% of species in the ocean disappeared and 70% of land animals died out. The event ultimately paved the way for the rise of the dinosaurs.

Known as the "Great Dying," it marked the end of the Permian period 252 million years ago, and its cause had long been debated. Theories included rising oceans, a cooler climate or even an asteroid like the one that subsequently doomed the dinosaurs 66 million years ago. 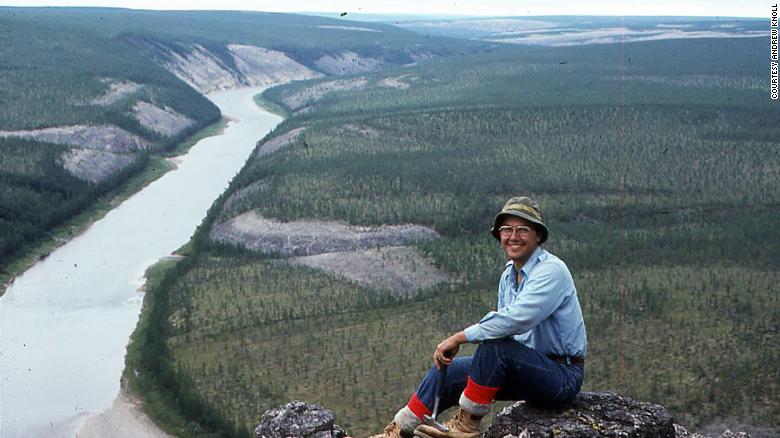 The biological catastrophe unleashed at this juncture in time was chilling, Knoll said. At rocks exposed on a mountainside in China called Meishan, where Knoll has worked, the limestone rocks bristle with fossilized marine life, and then after one point no wider than a knife edge, they all disappear, he said.

Puzzling over the phenomenon one night while he was awake caring for his son, Knoll came up with the idea that the apparent disappearance of life could have been due to a rapid rise in CO2. To understand what might have happened, Knoll and his colleagues dove into fossil records and divided the marine fauna that lived at the end of the Permian into two groups: vulnerable and tolerant to CO2.

For example, animals with gills for gas exchange should be more tolerant, while corals -- which have carbonate skeletons -- didn't respond that well. The group with the traits more tolerant of CO2, such as clams and snails, largely survived the mass extinction.

"To the extent that we did anything original was that there were all these geological explanations then for mass extinction, and I was always struck by the fact that nobody had actually looked at the fossils. I felt like a detective trying to solve a murder."

The cause of the rise in CO2 was ultimately determined to be a massive area of volcanic activity in what's now Russia known as the Siberian Traps.

Some people today think we're in the middle of a sixth mass extinction, and Knoll said that the end-Permian extinction does hold lessons for the climate crisis we are in now.

While the current increase in CO2 is largely due to the burning of fossil fuels, not volcanic activity on a grand scale, Kroll said "there's a very interesting resonance between the patterns of extinction that we see at the end of the Permian period and the sort of nascent biological effects of 21st century global warming."

The study of the mass extinctions of the past also shows that life does bounce back, Knoll said, but it takes a very, very long time -- tens of millions of years.

"Here you stand, in the physical and biological legacy of 4 billion years," Knoll wrote. "You walk where trilobites once skittered across an ancient seafloor, where dinosaurs lumbered across Gingko-clad hillsides, where mammoths once commanded a frigid plain.

"Once it was their world, and now it is yours," he continued. "The difference between you and the dinosaurs, of course, is that you can comprehend the past and envision the future. The world you inherited is not just yours, it is your responsibility. What happens next is up to you."