Putin Toilet Paper Is Getting Popular

These toilet paper rolls are on a mission to promote a better wiping experience for millions of people worldwide while providing a way to communicate their political hatred. You can choose from several styles on Amazon or Etsy. As you can see from the pictures below, many satisfied customers are already enjoying their improved wiping experience. When the war finally ends, these will probably be in every hotel toilet in Ukraine. 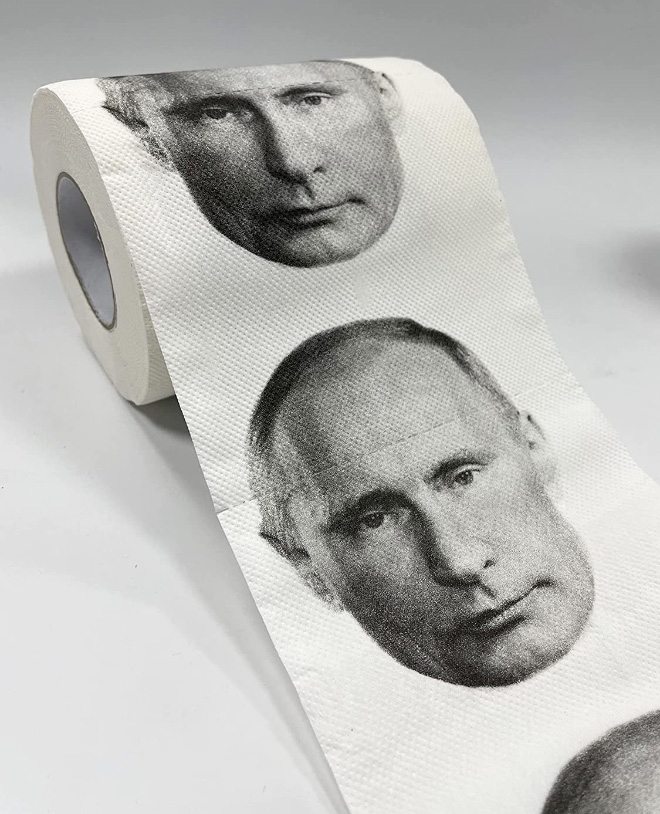 Some of these designs have Putin khuylo! in Cyrillic printed on them which roughly translates as “Putin is a d*ckhead” which originated in Ukraine in 2014. This phrase has become a protest song and is very widespread throughout Ukraine amongst supporters of Ukrainian sovereignty and territorial integrity and more generally those who oppose Vladimir Putin in both Russia and Ukraine. 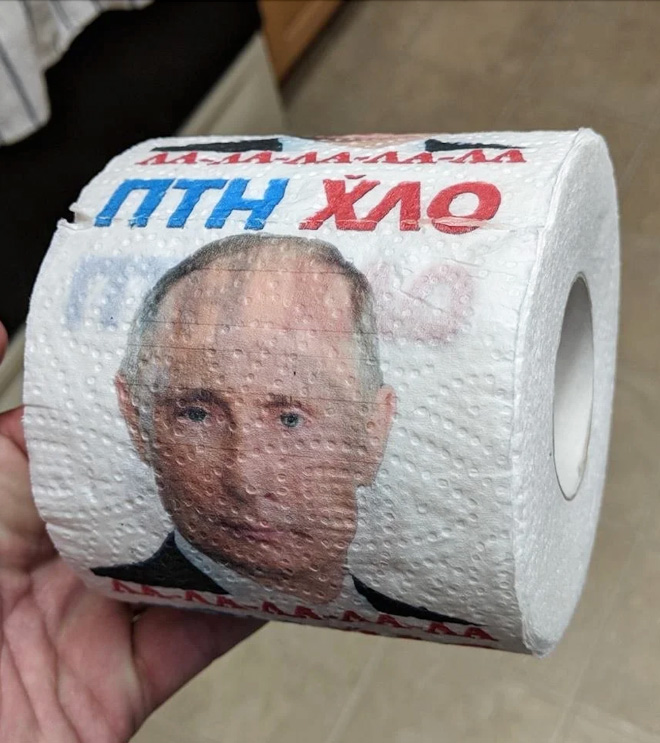 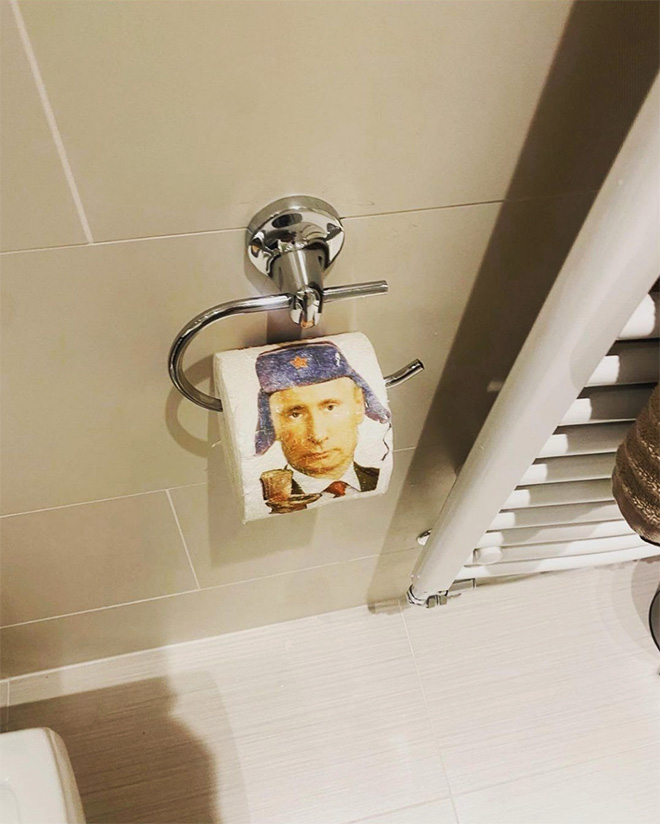 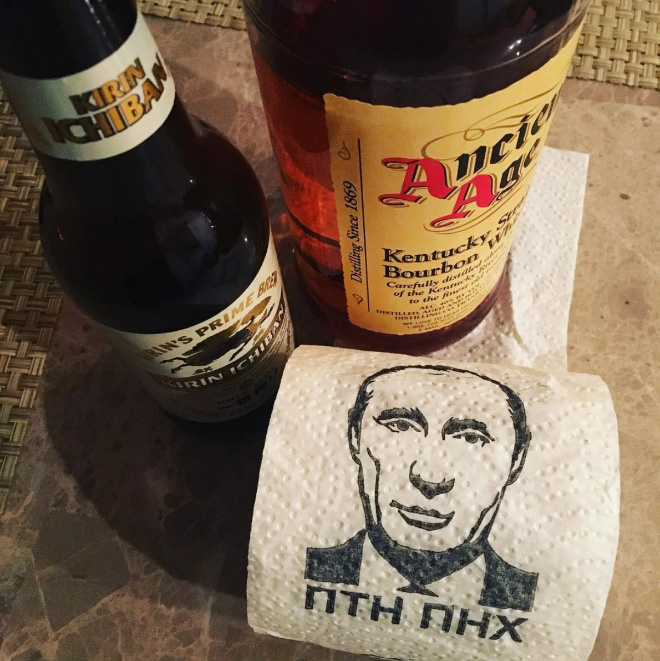 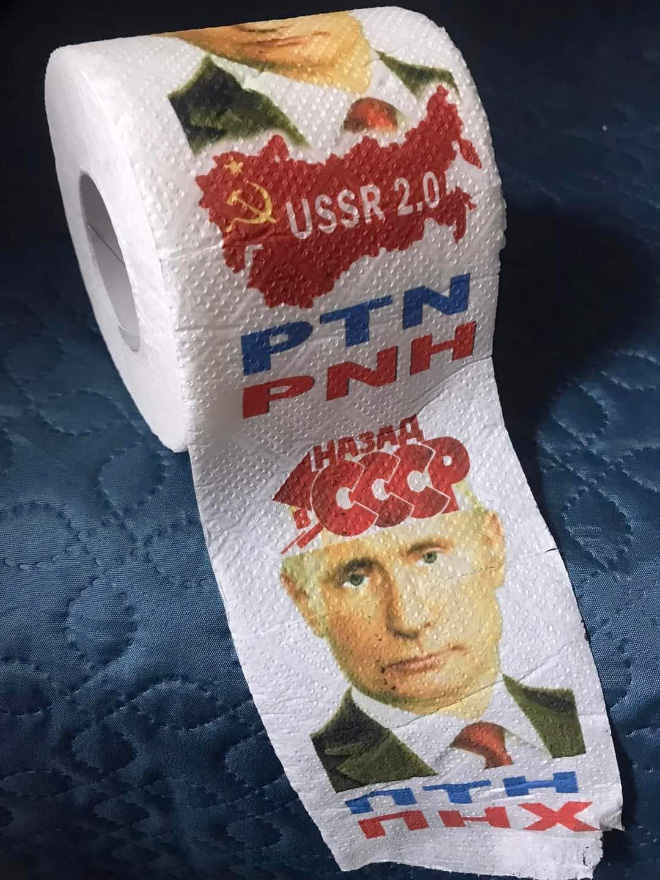 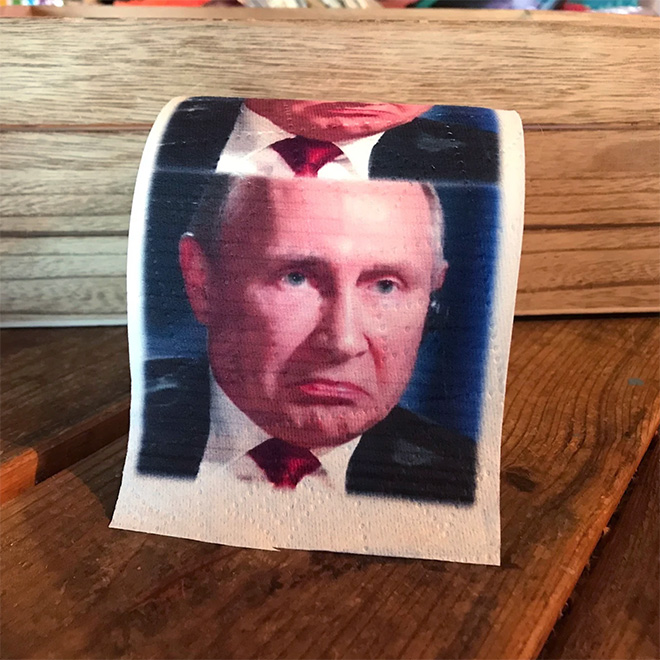 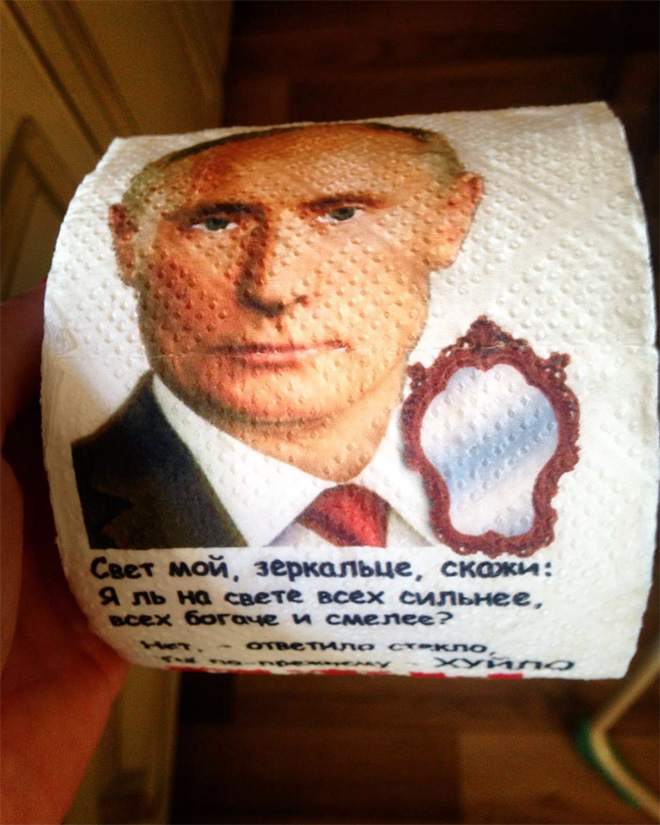 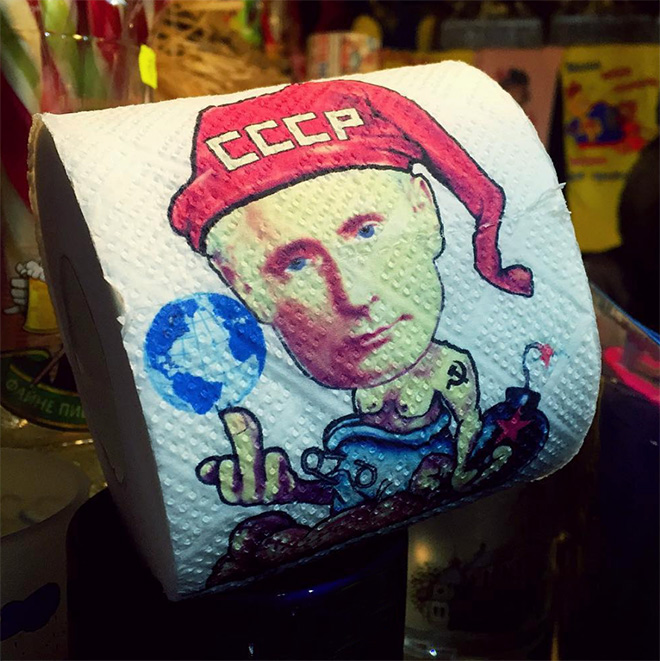 Where to get your very own roll? You can choose from several styles on Amazon or Etsy.