Stoicism, one of the philosophical movements of the Hellenistic period, was founded by Zeno of Citium in Athens in the early third century BC.

Stoicism is a philosophy of personal ethics informed by its system of logic and its views on the natural world. For the Stoic, virtue alone is sufficient for human happiness.

For Stoics, emotions like fear, envy, passionate love were merely false judgements and the sage, a person who had attained moral and intellectual perfection, would not be touched by them.

It is a philosophy of life where the individual maximizes positive emotions, reduces negative emotions, and helps him or herself hone their virtues of character.

The name derives from the porch (stoa poikile) in the Agora at Athens decorated with mural paintings, where the members of the school congregated, and their lectures were held.

The philosophy of Stoicism was originally known as “Zenonism” after the founder, Zeno of Citium.

Zeno ended up in Athens after his ship wrecked near the city. He was not a philosopher, but he turned his misfortune into an opportunity by studying all the philosophical resources available in the city.

He sat in on lectures from the other schools of philosophy (e.g., Cynicism, Epicureanism) and eventually started his own.

However, the Stoics did not believe that the founders were perfectly wise. In order to avoid their philosophy becoming a cult of personality, they chose to name it Stoicism after the place they were meeting, the stoa poikile of the Agora.

Zeno’s ideas developed from those of the Cynics, whose founding father, Antisthenes, had been a disciple of Socrates. Zeno’s most influential follower was Chrysippus, who was responsible for molding what is now called Stoicism.

Other prominent Stoics included Cleanthes of Assos, Panaetius of Rhodes, Aristo of Chios, Posidonius of Apameia, Diodotus, and others.

According to Stoicism, the path to eudaimonia (happiness) is embracing and accepting the moment as it presents itself by not allowing oneself to be controlled by the desire for pleasure or by the fear of pain.

The Stoic must use his or her mind to understand the world and to do one’s part in nature’s plan by working together and treating others fairly and justly.

The Stoics are especially known for the teaching “virtue is the only good” and that people must lead a virtuous life to be accomplished and complete human beings.

External things—such as health, wealth, and pleasure—are not good or bad in and of themselves but have value as “material for virtue to act upon.”

The Stoics also held that certain destructive emotions, such as fear or jealousy, resulted from errors of judgment, and they believed people should aim to maintain a prohairesis (will) that is “in accordance with nature.”

To live a good life, a person had to understand the rules of the natural order, Stoics believed, since everything was rooted in nature.

For many Stoics, virtue is sufficient for happiness. Thus, a sage would be emotionally resilient to misfortune and would therefore be considered truly free.

According to Stoics, people don’t truly have control over many things and situations in life. Therefore, they believe that worrying about things outside of their control is unproductive, or even irrational for a person who wants to attain tranquility and happiness.

Stoics differentiate between what is and what is not under human control and do not waste energy and thoughts over uncontrollable adverse events.

Where many people worry endlessly about things out of their control, the Stoics believe they should expend their energy in thinking of creative solutions to problems, rather than the issues themselves.

Stoicism is not about having a set of beliefs or ethical claims. It is not a school of philosophy that is separate from everyday life.

The stoic must continuously practice and train (“askesis”). Stoic philosophical and spiritual practices include logic, Socratic dialogue and self-dialogue.

Influence of Stoicism on Christianity

The virtuous life of the Stoic has resemblances to a life led by a good Christian. Stoic writings such as “Meditations,” by Marcus Aurelius, have been highly regarded by many Christians throughout the centuries.

The Greek term for word is logos. The Greek philosopher Heraclitus used logos (the word) to explain what he saw as the universal force of reason that governed everything.

In the 5th century BC, Heraclitus said that all things happen according to the Logos. The Stoics also believed in the Logos, along with the notions of conscience and virtue.

A few centuries later, Greek-speaking Jews came to view the Logos as a force sent by God. In the Gospel of John, Jesus is referred to as the Word — “and the Word of God was made flesh and dwelt among men.”

The apostle Paul is known to have met with Stoics during his stay in Athens. In his letters, Paul reflected on his knowledge of Stoic philosophy, using Stoic terms and metaphors to assist new converts in their understanding of Christianity.

Both Stoicism and Christianity teach a person the importance of training their mind and body to be disciplined.

Both encourage the elimination of passions and inferior emotions, such as lust and envy, from one’s life, so that the higher possibilities of one’s humanity can be awakened and developed.

“If you want to be perfect, go, sell your possessions and give to the poor, and you will have treasure in heaven,” Jesus preached.

Similarly, as Seneca wrote, “We must give up many things to which we are addicted, considering them to be good.”

Daily Stoic, How to be a Stoic, The Modern Times Stoic, Modern Stoicism, Traditional Stoicism: these are only a handful of the websites that hail the importance of—even the need for—Stoicism in the 21st century.

Is it possible, though, for today’s man to embrace a philosophy that teaches indifference to material things and possessions in a ruthlessly material world?

An intellectual and popular movement called Modern Stoicism began at the end of the 20th century which is aimed at reviving the practice of Stoicism.

A well-known quotation from the “Enchiridion” of Epictetus was taught to most clients during the initial session by Ellis and his followers: “It’s not the events that upset us, but our judgments about the events.”

This subsequently became a common element in the socialization phase of many other approaches to CBT.

Ryan Holiday’s The Obstacle is the Way; Stoicism—A Stoic Approach to Modern Life, by Tom Miles; Modern Stoicism, by Steve Brooks; and Modern Stoicism—How to Be a Stoic in the 21st Century, by Stephen Ryan are some of the books on Stoicism that have been published recently.

“The happiness of your life depends upon the quality of your thoughts.”

“Luck is what happens when preparation meets opportunity.”

“You have power over your mind—not outside events. Realize this, and you will find strength.”

“It is not death that a man should fear, but he should fear never beginning to live.”

“Think of yourself as dead. You have lived your life. Now take what’s left and live it properly.”

“To live a good life; we all have the potential for it, if we learn to be indifferent to what makes no difference.”

“Death smiles at us all, but all a man can do is smile back.”

“Accept whatever comes to you woven in the pattern of your destiny, for what could more aptly fit your needs?”

“The object of life is not to be on the side of the majority, but to escape finding oneself in the ranks of the insane.”

“The best revenge is not to be like your enemy.”

“Very little is needed to make a happy life; it is all within yourself, in your way of thinking.”

“Loss is nothing else but change, and change is nature’s delight.”

“A gem cannot be polished without friction, nor a man perfected without trials.”

“The bravest sight in the world is to see a man struggling against adversity.”

“Throw me to the wolves and I will return leading the pack.”

“Life is never incomplete if it is an honorable one. At whatever point you leave life, if you leave it in the right way, it is whole.”

“Man is affected not by events, but by the view he takes of them.”

“Sometimes even to live is an act of courage.”

“If you really want to escape the things that harass you, what you’re needing is not to be in a different place but to be a different person.”

“He suffers more than necessary, who suffers before it is necessary.”

“If a man knows not to which port he sails, no wind is favorable.”

“If you want to improve, be content to be foolish and stupid.”

“The world turns aside to let any man pass who knows where he is going.”

“Seek not the good in eternal things, seek it in yourselves.”

“It is the nature of the wise to resist pleasures, but the foolish to be a slave to them.”

“No man is free who is not a master of himself.”

“It is impossible to begin to learn that which one thinks one already knows.”

“Never depend on the admiration of others. There is no strength in it. Personal merit cannot be derived from an external source.” 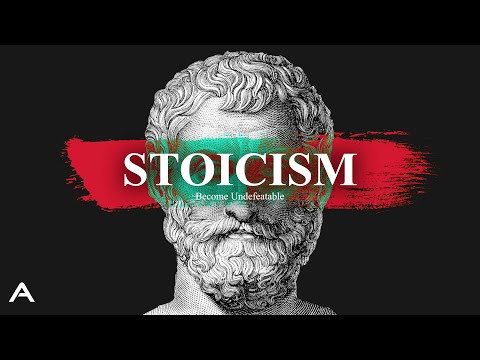