As the climate crisis intensifies droughts from Iraq to Spain to the US, remnants of past towns and societies have reemerged from receding waters.

Droughts can be a normal part of the climate. But as temperatures rise in the wake of global heating, these dry spells are becoming more severe and longer in many regions. The trend can disrupt entire food systems, pushing millions into starvation and dehydration.

In an unusual twist, our current high-emitting lifestyle has also helped reveal how we used to live before the climate crisis became quite so urgent. That’s because droughts have uncovered remnants of past communities, some of them thousands of years old.

A mysterious empire in Iraq 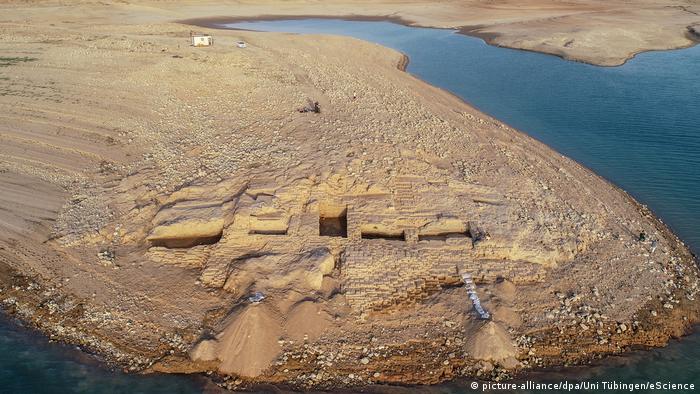 Little is known about the Mittani Empire

A 2018 drought in the Kurdish region of Iraq provided a rare glimpse into a little known society: The Mittani Empire.

German and Kurdish archeologists discovered a 3,400-year-old palace from the Bronze Age on the shore of the Tigris river after water levels in the Mosul Dam reservoir went down enough to reveal the ruins. The ancient palace belonged to a kingdom that once dominated large parts of northern Mesopotamia and Syria.

"The Mittani Empire is one of the least researched empires of the Ancient Near East," archaeologist Ivana Puljiz of Germany's University of Tübingen said at the time. "Even the capital of the Mittani Empire has not been identified beyond doubt."

The team partially found preserved wall paintings and 10 cuneiform clay tablets in the rooms it excavated. By studying the tablets, archaeologists hope to learn more about the empire.

A ghost village in Spain More recently, a Spanish village that was flooded to create a reservoir reemerged when a drought hit this February. Visitors flocked to Aceredo on the Spanish-Portuguese border to see the eerie ruins and 1992 mementos — beer bottles and rusty cars included.

Maria del Carmen Yanez, mayor of the larger Lobios council that Aceredo belongs to, told Reuters it had rained very little in recent months. But she also blamed the situation on the Portuguese power utility EDP and its "quite aggressive exploitation" of the reservoir where the company runs a hydropower plant.

EDP acknowledged that reservoir levels were low because of the drought, but told Reuters it ran its water resources “efficiently" and above the minimum requirements. 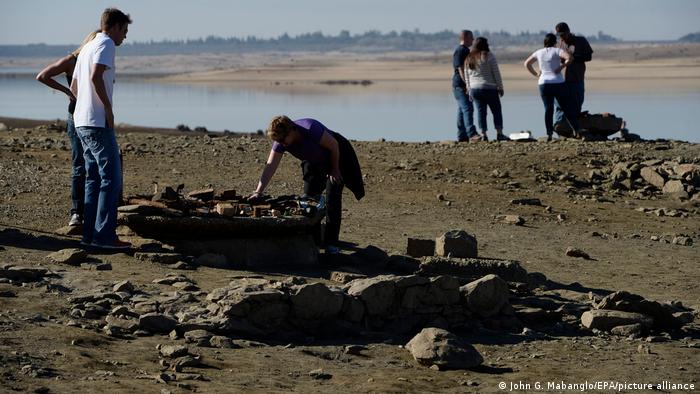 In the mid-1800s, a gold rush in California attracted hundreds of thousands of miners trying their luck. Last year, it was tourists traveling to this area — after a drought significantly emptied the lake in which gold rush towns were submerged in a stark reminder of the US state's ongoing water crisis.

"With historically low water levels that have been worsened by the impacts of climate change, artefacts and ruins once belonging to past communities and cultures of the area are now appearing along the lakebed," a Facebook post by the Folsom Lake State Recreation Area read.

Visitors could look at the ruins of places like Mormon Island, which attracted thousands of Mormon fortune seekers in its heyday. The town had several shops, four hotels and an express office before it burned down in 1856. Tourists risk a fine if they tamper with the remains at the site. 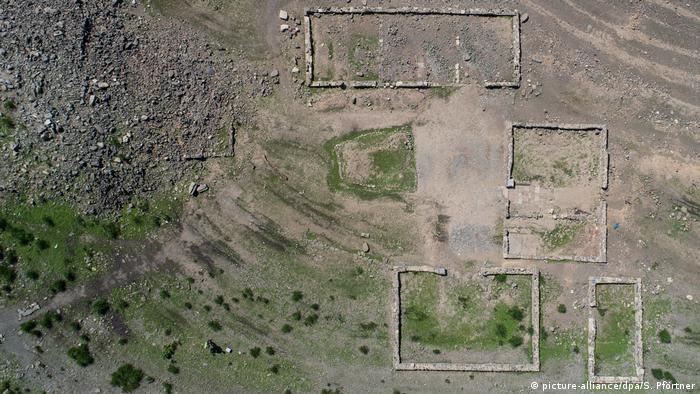 The Edersee in the western German state of Hesse is the second largest reservoir in the country. But as extreme heat and low rainfall have intensified droughts across Germany, when the Edersee's water levels drop, they reveal what is known as the region’s Atlantis. Here lie ruins, including those of a bridge, three villages and gravestones of onetime locals. The area was originally flooded to make way for the reservoir.

The project was built more than 100 years ago to provide water for the Weser River and Mittelland Canal, ensuring ships could travel on them during drier summer months. German Emperor Wilhelm II even paid a personal visit to the construction site in 1911.

Now, the sunken villages have turned into a tourist attraction when Edersee's levels drop low enough during hot periods. 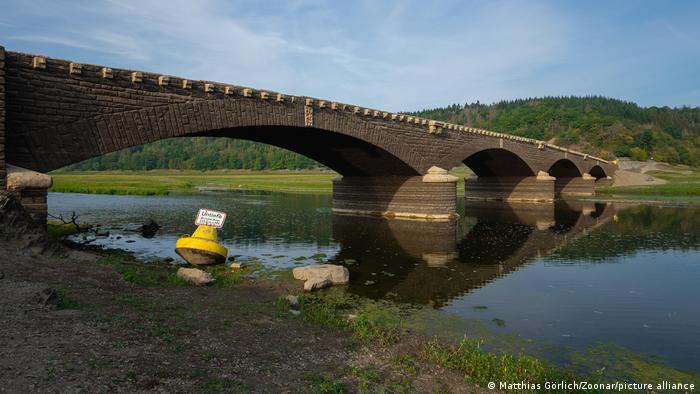 This bridge is only visible when water levels drop