When William (Billy) Sidis was barely 3 years old, the story goes, he taught himself a language: Latin. By the time he was 6, he had added Russian, French, German, Hebrew, Armenian and Turkish to his lengthy linguistic resume — so the story goes — along with Latin and his native tongue, English.

His mother, Sarah, a doctor, read him Greek myths as bedtime stories. His father, Boris, a budding superstar in the nascent field of psychology, eschewed physical activity for young Billy, instead engaging his son in debates about psychology and all sorts of other academic pursuits. 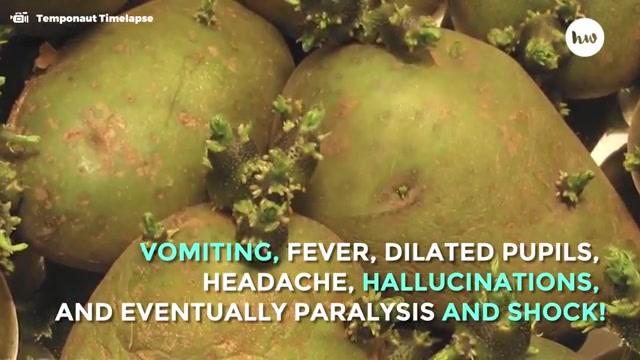 Are Green Potatoes The Deadliest Thing In Your Kitchen?

Billy, who toted a volume of Shakespeare with him when he entered first grade, graduated from primary school in seven months. Between the ages of 6 and 8, he wrote at least four books. And at 8, he passed both the Harvard Medical School anatomy exam and the entrance exam to get into the Massachusetts Institute of Technology. His IQ was thought to be 50 to 100 points higher than Albert Einstein's.

William James Sidis was perhaps, as National Public Radio suggested in 2011, the smartest guy ever.

"He's kind of an example that gets mentioned in a lot of textbooks and things in the field of gifted education," says Michael Matthews, a professor of gifted education at the University of North Carolina at Charlotte and a co-editor of Gifted Child Quarterly, the premier scholarly journal of the National Association for Gifted Children. "They sort of talk about him as an example of a student who had a lot of potential, but then didn't live up to it. In the context of that period in history, because of the publicity around him in particular, he was a part of why people had the perception ... that students who were very bright at an early age, they said 'Early Ripe, Early Rot.' That was their phrase."

As it turns out, for all his intelligence and all his early accomplishments, the smartest guy ever had an oft-troubled and too-short life. It's a life that might serve today as a cautionary tale for those who are supremely academically talented, and those who come in and out of their very special sphere.

Who Was William James Sidis?

The son of two Ukrainian Jews who emigrated to America in the late 1800s, William James Sidis was born in New York on April Fool's Day 1898. He was named after one of his father's friends and colleagues, the philosopher William James, who originated the idea of a "stream of thought."

Boris and Sarah, both intellectuals despite difficult upbringings, believed in treating their son as an adult. Though in doing so they were later accused of denying their son a normal childhood. They insisted that everything Billy did, he did so in pursuit of knowledge.

The parents shared a philosophy: To give their son the tools to think, to reason and to learn.

In "The Prodigy: A Biography of William James Sidis," author Amy Wallace — who described his parents as pushy and aggressive — quotes Boris:

Before a baby can talk, his mind is there, it is a tool that may be sharpened if his parents are always reasonable and truthful and logical with him. Minds are built with use. Muscles are not built by lying in bed. Encourage this baby of ours to think, to walk down every path his fancy dictates as long as he is interested. Answer all his questions as far as you can go and as long as he asks.

As Billy raced through primary school and into high school — he finished the four years of high school in six weeks — the press began to notice. By 1909, when he entered Harvard as an 11-year-old, he was a full-blown media sensation. For much of his young life, with a few gaps here and there, the press followed him closely, something that Billy came to loathe. "He became a household name," Wallace told NPR in 2011, "and he hated it."

William — he was called that once he entered Harvard — showed an early proficiency in languages, but later became a veritable genius in mathematics, too, devising a series of logarithmic tables. He held his first lecture, with Harvard faculty on hand, in 1910. He was still just 11.

At the end of the lecture, professors were encouraged to ask questions. When one attempted to clarify one of William's points, the pre-teen reportedly remarked, "I cannot see that you have added anything to the discussion."

Despite that sometimes-off-putting precociousness, it was clear to academics that William was a genuine prodigy. MIT physics professor Daniel F. Comstock was among those amazed.

"His method of thinking is real intellect. It is not automatic. He does not cram his head with facts. He reasons," Comstock said, according to the Wallace biography. "I predict that young Sidis will be a great astronomical mathematician. He will evolve new theories and invent new ways of calculating astronomical phenomena. I believe he will be a great mathematician, the leader in that science in the future."

But William's future took turns that no one expected.

Living With His Genius

Shortly after, he moved west to work on a graduate degree at what is now Rice University in Houston. He taught several classes, too, but lasted less than a year there before returning to Boston. He enrolled in Harvard Law School, though he never got a law degree.

In 1919, struggling to adjust to life outside of an academic setting, he was arrested and sentenced to 18 months in jail for his part in a socialist demonstration in Boston. Boris kept him from prison by confining him to a sanatorium for a year in New Hampshire. After his release, and a year in California, William returned to the East Coast, where he for years worked a series of uninspired jobs, writing self-published manuscripts and teaching on the side.

In 1925, his most famous work, "The Animate and the Inanimate" — the publisher says it touches on "the origins of life, cosmology, the potential reversibility of the second law through Maxwell's Demon, among other things" — was published to little fanfare. In it, William suggests the existence of what are now known as black holes.

By then, though, the media had declared the one-time boy genius a bust. He retreated even more from the public eye.

William James Sidis died of a cerebral bleed in 1944. He was 46 years old.

The Challenges of Giftedness

William Sidis remains the premiere case study of a "failed" child prodigy. Over the years, education experts, the media and everyday parents of non-prodigies have pointed fingers at Boris and Sarah for being too pushy, too concerned about their son's academics, and not worried enough about producing a well-rounded child. William's story still fuels the debate on how a gifted child should be raised, and whether giftedness is something that is inherited — as Boris and Sarah believed — or if it's more influenced by environment.

Major academic studies have looked into child prodigies and how they fare in later life. A famed one, the Terman Study of the Gifted (originally known as Genetic Studies of Genius), was begun in 1921 by Stanford psychologist Lewis Terman. It followed more than 1,500 students for more than 80 years.

The Terman study has been criticized by many over the years. But its findings, in large part, still hold up, and its data continues to be used by social scientists today. "Terman's work, following these people over 50+ years, even past the end of his lifetime, showed that most [prodigies] did in fact turn out to be well adjusted as adults and successful," Matthews says.

Although the media these days doesn't seem to track child geniuses the way it did with William in the early part of the 20th century — there are exceptions, like the three Polgár sisters, Hungarian chess prodigies — a fascination with the extremely smart, extremely talented and extremely young remains. That's one reason there is a National Association for Gifted Children.

(The definition of gifted varies; the most frequently cited aspects of giftedness, according to the State of the States in Gifted Education report, are "advanced intellectual ability, creativity or creative thinking, and specific academic ability." The word "gifted" itself is being reevaluated, too, as it may suggest a trait that is "given" rather than earned.)

"I think the interest is partly an interest in parenting. I think people are sort of suspicious of parents sometimes as children achieve highly. That's kind of unfortunate, because most of the time it seems like it starts with the kid's interest, and not that the parents are pushing the kids really hard," Matthews says. "Children who have high ability in other areas — for example, sports — you have to really be an involved parent if your child's going to achieve at [an] elite level, things like an Olympic athlete. It becomes a fulltime job to raise that child's talent to the level that they can compete in the Olympics. It's not something that just happens on its own.

"But I think people, when it's in an academic area where the talent is, people are sometimes more suspicious."