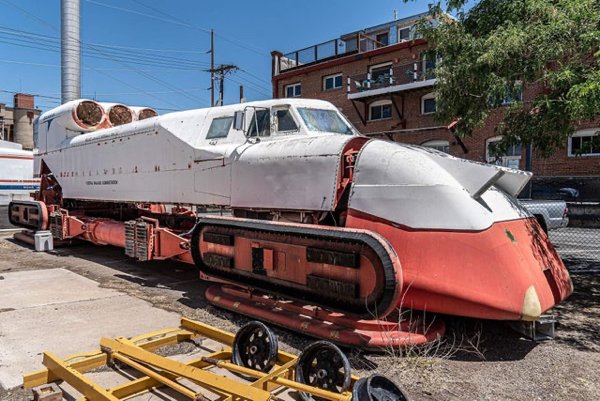 One of the experimental 70s era hovertrain prototypes found in Colorado 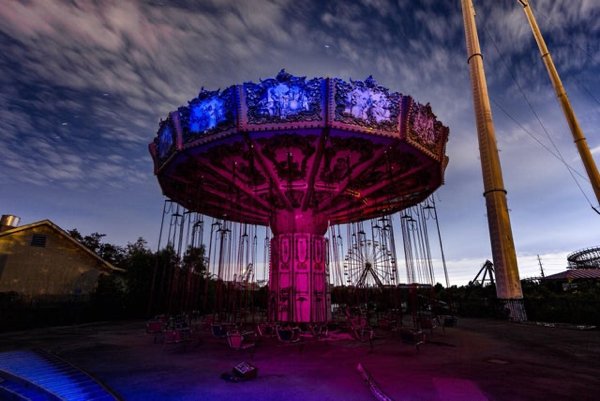 11 years ago I snuck into the abandoned Six Flags New Orleans to take a series of night photos and light painting. I returned again in April for a decade retrospective. 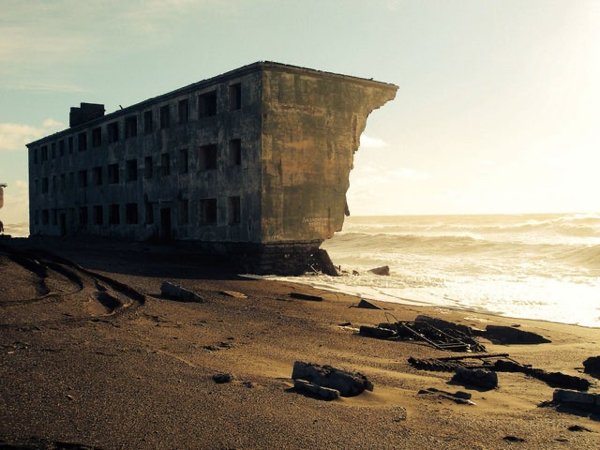 A gradually disintegrating block of flats in the village of Kirovskij. Flooding sea waters are slowly reclaiming the grounds of the village, which has been abandoned for 35 years. 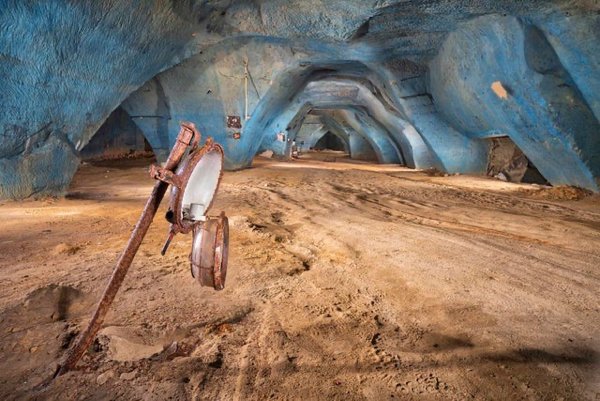 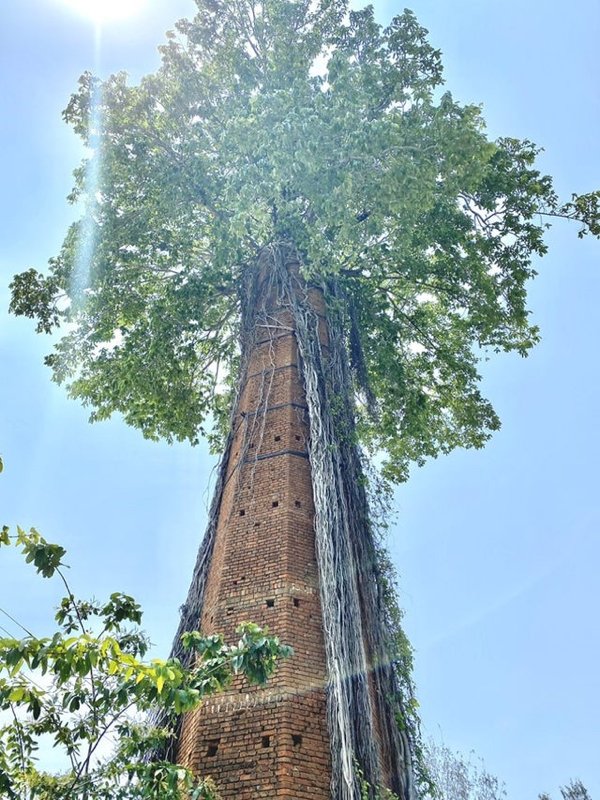 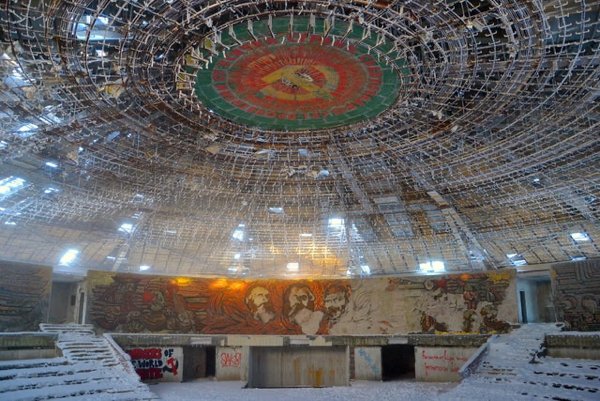 Forgotten remnants of the Soviet Union 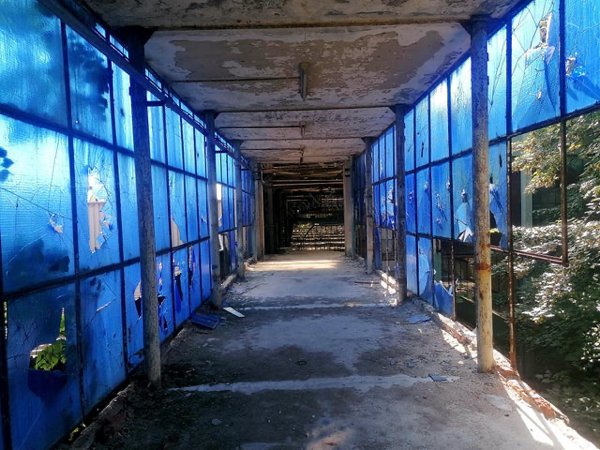 That blue is so beautiful 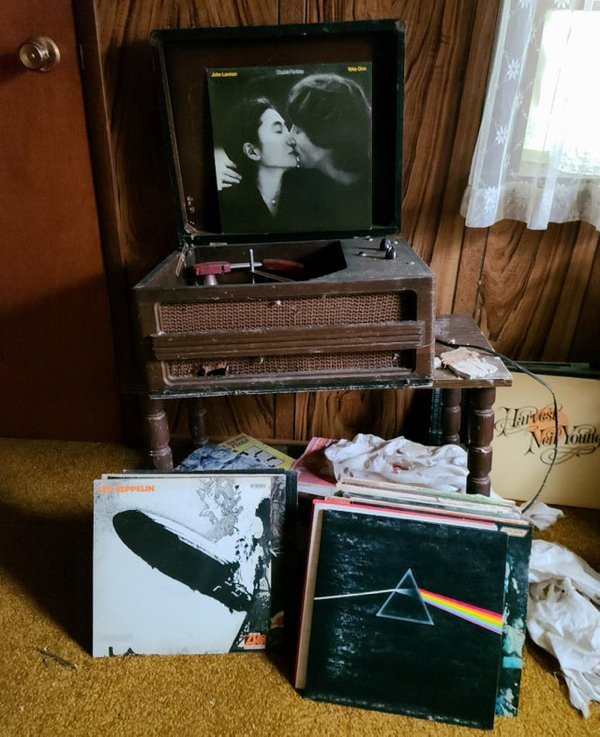 Stacks of Classic Vinyl in an Abandoned House 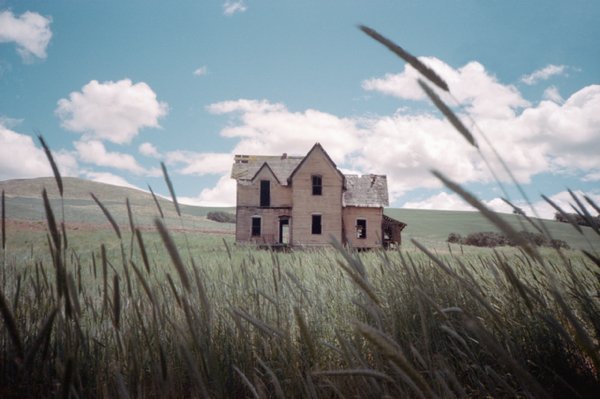 Abandoned House in the Western USA on Expired 35mm Film 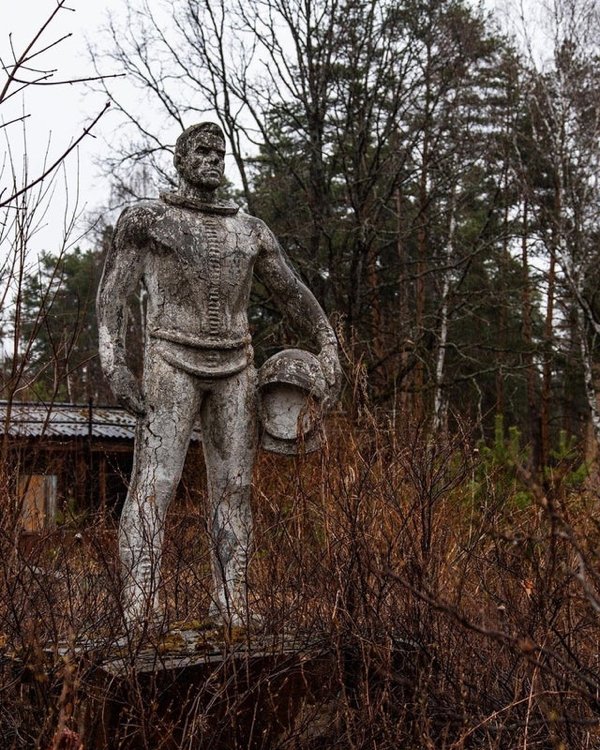 Cracked and faded statue of cosmonaut Vladimir Komarov, the first person to die in a space flight, at an abandoned children's camp outside Moscow 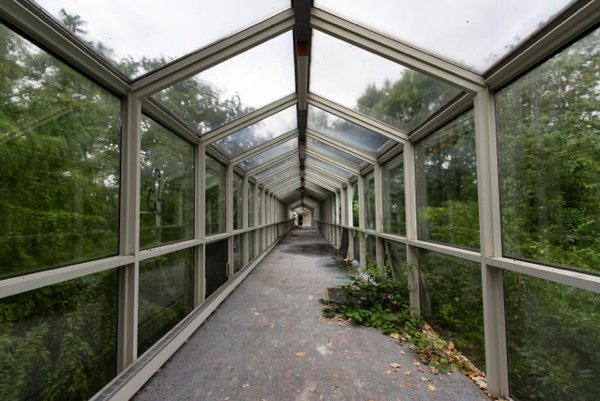 Glass corridor in an abandoned chemical and pharmaceutical manufacturing facility 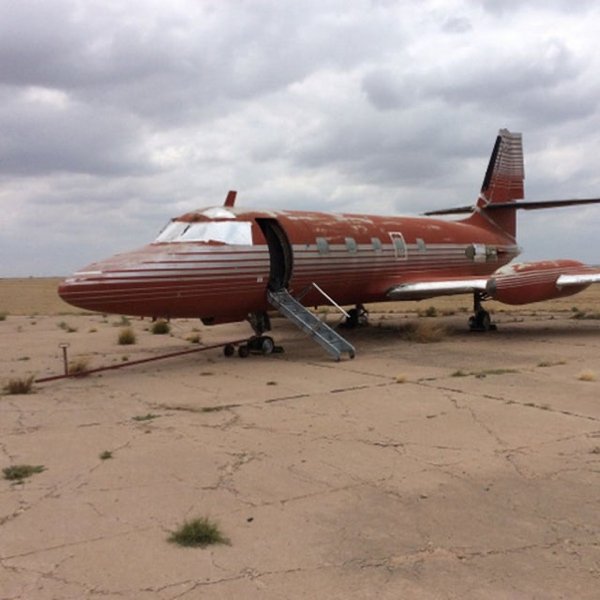 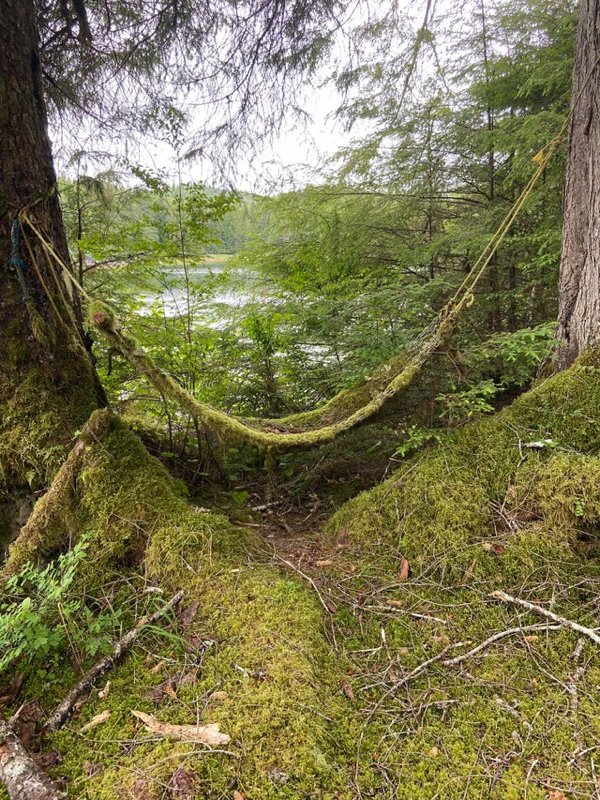 Hammock at an abandoned cannery in Alaska 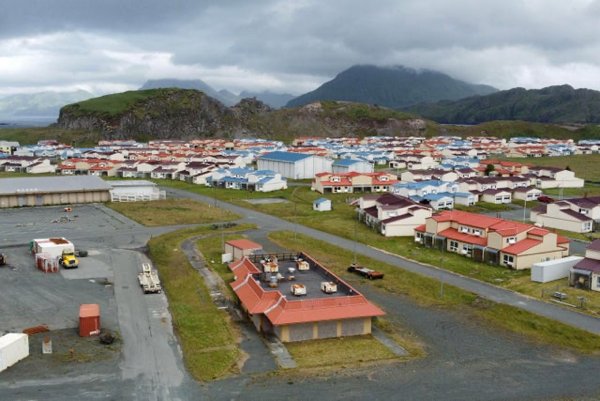 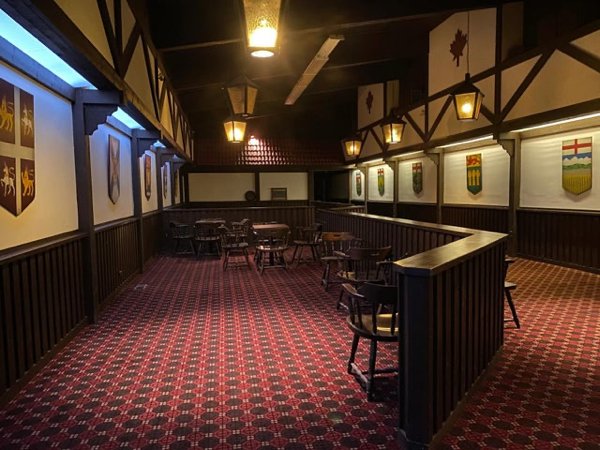 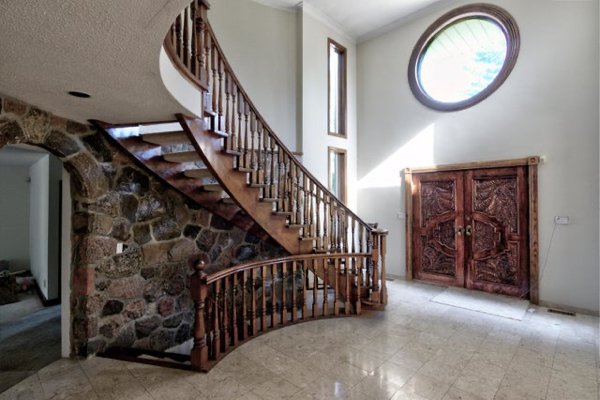 Intricate Wooden Stairs And Front Doors of this Ontario, Canada House (to be demolished) 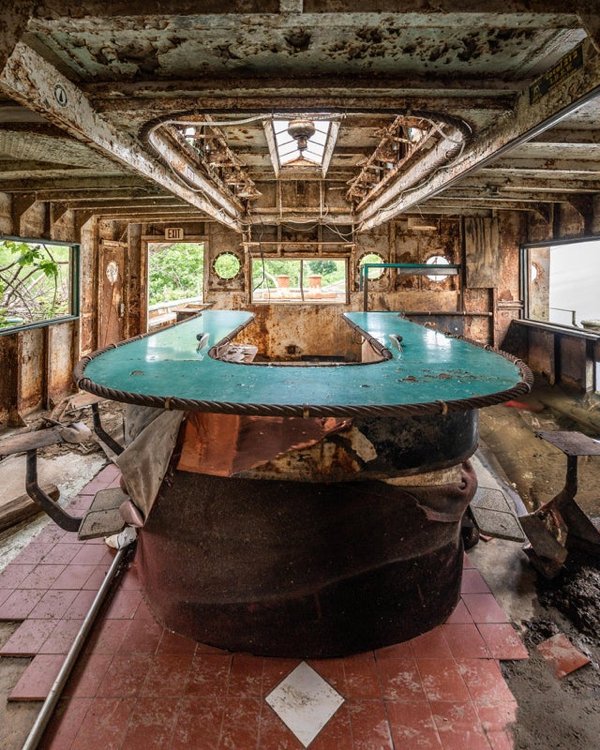 An old bar in a half sunken, half tipped, party boat 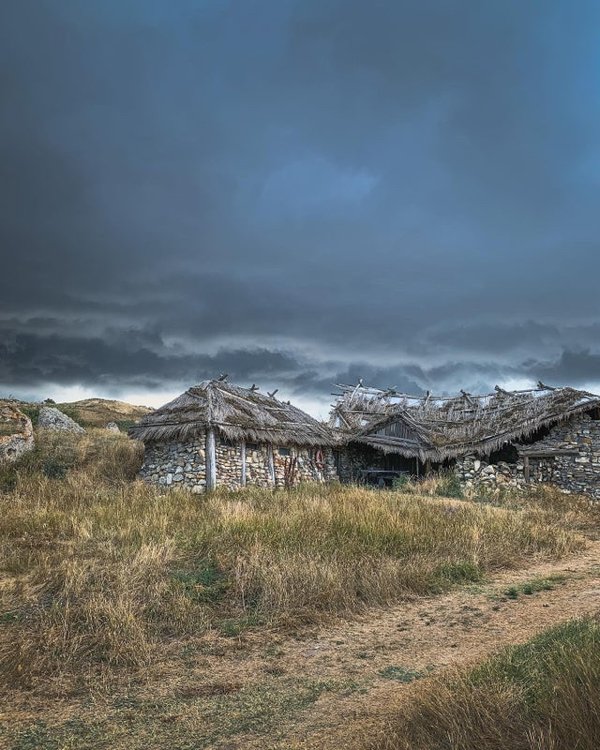 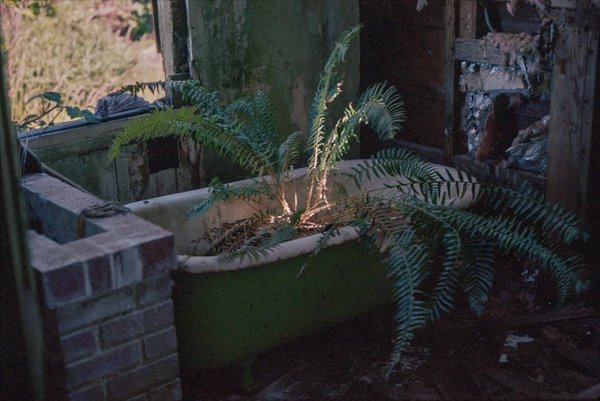 A Sword Fern growing in the bathtub of an Abandoned House in Northern California - nourished by sunlight coming from a hole in the roof. Shot on expired 35mm Film