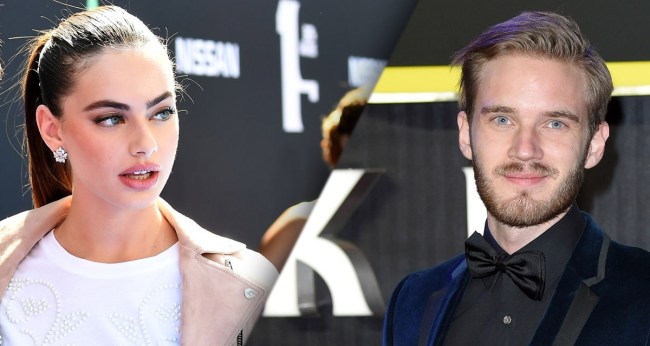 Every year some guy named T.C. Candler puts together something called the Annual Independent Critics Lists of the 100 Most Beautiful & 100 Most Handsome Faces.

He’s been doing this since 1990. I am not exactly sure what makes him or them experts in such things, but I guess if you do something long enough you gain some sort of credibility.

The Independent Critics are a diverse group of approximately 20 people living in various parts of the world, organized by TC Candler, who search far and wide, listening to the many millions of suggestions submitted by the public over the past couple of decades, and they then put together a list representative of the modern ideal of worldwide beauty.

Aesthetic perfection is only one of the criteria. Grace, elegance, originality, daring, passion, class, poise, joy, promise, hope… they are all embodied in a beautiful face. With those criteria in mind, TC Candler and the members select only 100 faces out of the approximately 105,000 female celebrities (which works out to less than 0.0010%). It is a thankless task, as no individual will ever agree with all of the choices. However, the general consensus has been that the Independent Critics have created a celebratory list that cherishes the feminine aesthetic and opens the world’s eyes to a unique, diverse and international collection of beautiful faces.

And while neither of them appears to have gotten uglier over the past 12 months, there are now two new names at the top: 19-year-old Israeli model Yael Shelbia and 31-year-old YouTuber Felix Kjellberg, better known by many as PewDiePie.

“I’ve never come first at anything … it’s very nice,” Shelbia, who came in third last year and is currently doing her mandatory military service in the Israeli air force, said about the unusual honor.

The rest of the top 10 shakes out like this…

Don’t worry, I’ve never heard of any of them before either.

As for PewDiePie, he joked on his YouTube channel, “Yes, we finally did it! Number one baby!” as if this honor is something you can actually aspire to achieve.

The rest of the top 10 included…

Hey! We’ve actually heard of some of them! Nice.