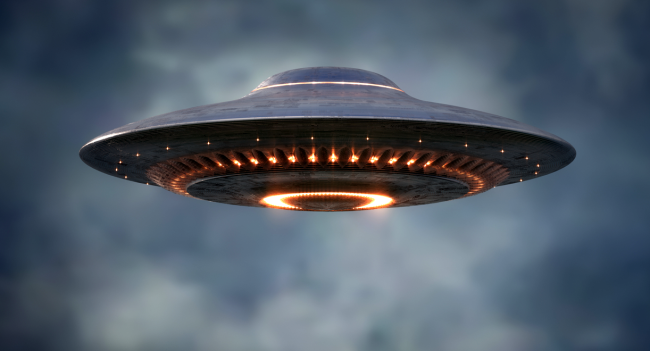 Over the years, Mexico has proven to be a hot spot for UFO sightings. Pilots have reported seeing a flurry of UFOs and one recent sighting over a mountain provided what one expert called the “best close up” ever of an alien craft.

Even more recently, a UFO sighting took place during the current tropical cyclone season over the Mexican state of Tamaulipas. The object was spotted in the sky by a local resident named Juanito Juan.

Juan says he was taking photos of some ominous, oncoming storm clouds when he spotted a metallic, disc-shaped UFO in the sky.

Looking like the prototypical flying saucer, Juan snapped several photos of the object which appear to show some of its movement in the sky.

“This photo was taken today 8/17/22 in the rural area of Tamaulipas by a person who calls himself Juanito Juan, during the afternoon of this day and when he wanted to take some photos of the storm clouds, he noticed this object and took this sequence, incredible images,” the caption on a tweet containing the photos reads.

Prominent Mexican UFOlogist Jaime Maussan, who was tagged in the tweet, interviewed the man who took the UFO photos

Maussan later discusses the UFO sighting over Tamaulipas with the witness, Juanito Juan, on his YouTube channel.

“There have been many sightings in this place,” Juan told Maussan. “The people from here in town began to say today, ‘I also saw that or I have
I seen something different, but I saw it.’ Yesterday, a lady came and told me that she saw it at night, but that it had many colored lights below, that it was not a plane.”

For those that think he made up the UFO sighting and it is a fake, Juan told Maussan, “My business is a success. For me, I don’t need any of that.”

Juan also expressed that perhaps the UFO sighting would have been better, or more believable, with video, but Maussan disagreed, saying the photos “give more definition in this case.”

“I really like that they have are photographs. They are also very well taken and centered. I really congratulate you, Juanito. Very good job,” he said.

“Just as they were often seen between the decades between 1940 and 1960. Where the discs moved a few feet high, while rotating their angle to 45 degrees. Here I share GIF animation to appreciate the movement of the ship,” someone replied to the original tweet.

“I cropped all 3 UFOs and put them together for easy comparison. They don’t look like photoshop to me,” another wrote. “Looks like something was actually in the photo. Light source and reflections appear natural. Must be ALIENS!!”

Want more from BroBible? Follow us on Google News.