The Père Lachaise Cemetery in Paris is home to many famous dead people, including Oscar Wilde and Jim Morrison. The grave of Oscar Wilde, in particular, is very popular. His female fans have smothered the tomb with kisses leaving red lipstick marks all over. Many female visitors, after assaulting the grave of the famous Irish writer, move over to the adjacent plot for their next target—the effigy of Victor Noir.

It’s perfectly reasonable to ask who Victor Noir is, just like it was a century and a half ago when the man was alive. He was an ordinary young man, an unimpressive fellow, who just found himself in the wrong place at the wrong time. Nobody knew him until he was dead. His recent cult following, however, has nothing to do with the manner of his death nor its political fallout, but rather on the mysterious bulge in his pants. 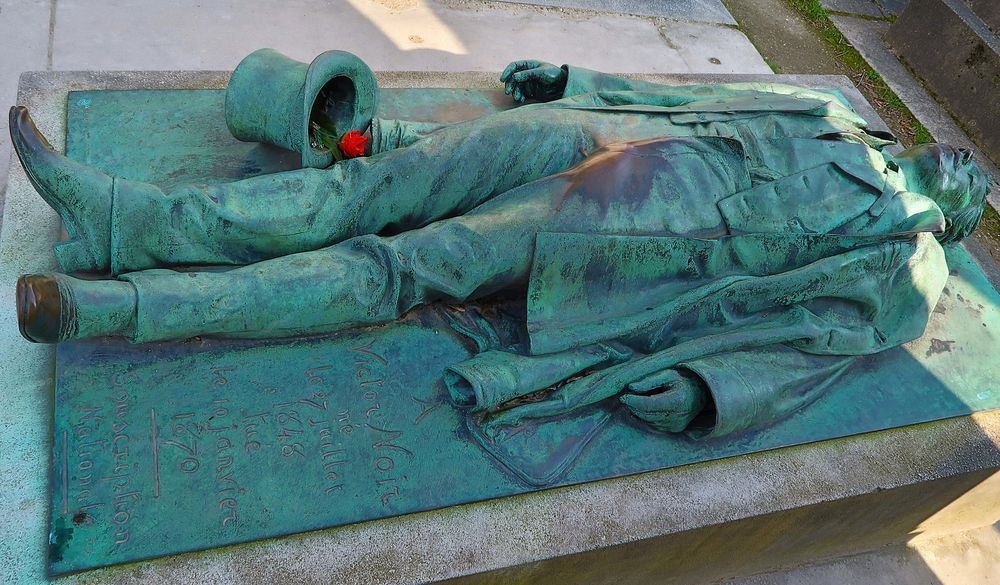 Victor Noir was working as an apprentice journalist for the newspaper La Marseillaise, in 19th century Paris. At that time, the newspaper’s owner, Henri Rochefort, and the editor, Pascal Grousset, became embroiled in a conflict with Prince Pierre Bonaparte, the great-nephew of Napoleon, and cousin of the then-ruling Emperor Napoleon III. In order to settle the matter in a way unbefitting of an editor of a newspaper, Grousset sent Victor Noir and another of his employee to the home of Bonaparte to deliver a challenge to a duel. Prince Bonaparte originally declined the challenge and asserted his willingness to fight Rochefort instead. An altercation broke out that resulted in Bonaparte drawing out his pistol and shooting Victor dead.

The murder of a journalist by a member of the emperor’s family infuriated the public, and on the day of the funeral, some 100,000 people showed up at Noir’s home in Neuilly. To add salt to injury, Pierre Bonaparte was acquitted of the murder charge, leading to a number of violent demonstrations across the city. Later on that year, the Prussians invaded France and the empire was overthrown.

Victor Noir’s martyrdom was conveniently forgotten and the young journalist remained peacefully in his hometown Neuilly for the next twenty years, until his name began to make rounds again. This time, a decision was made to erect a memorial to his name. Renowned French sculptor, Jules Dalou, was given the job of creating the sculpture in bronze.

Dalou choose to depict Victor Noir at his moment of death. Using sketches made by the press for reference, Dalou sculpted a life-sized bronze effigy of Victor lying flat on the ground as though he had just fallen down when he met his unnatural death. For reasons unknown, Dalou decided to give the sculpture a noticeable bulge under the belt. Whether or not anybody noticed this, we don’t know, but in the 1970s, a myth began that rubbing the crotch and kissing the statue on the lips will bring women enhanced fertility and a blissful sex life. You can see the effect of this myth on the statue—Victor Noir’s lips and groin are shiny, while the rest of his body has the usual greenish tone of oxidized bronze.

In 2004 a fence was erected around the statue of Noir, to deter indecent touching of the statue. But this agitated so many women that the fence was torn down again. 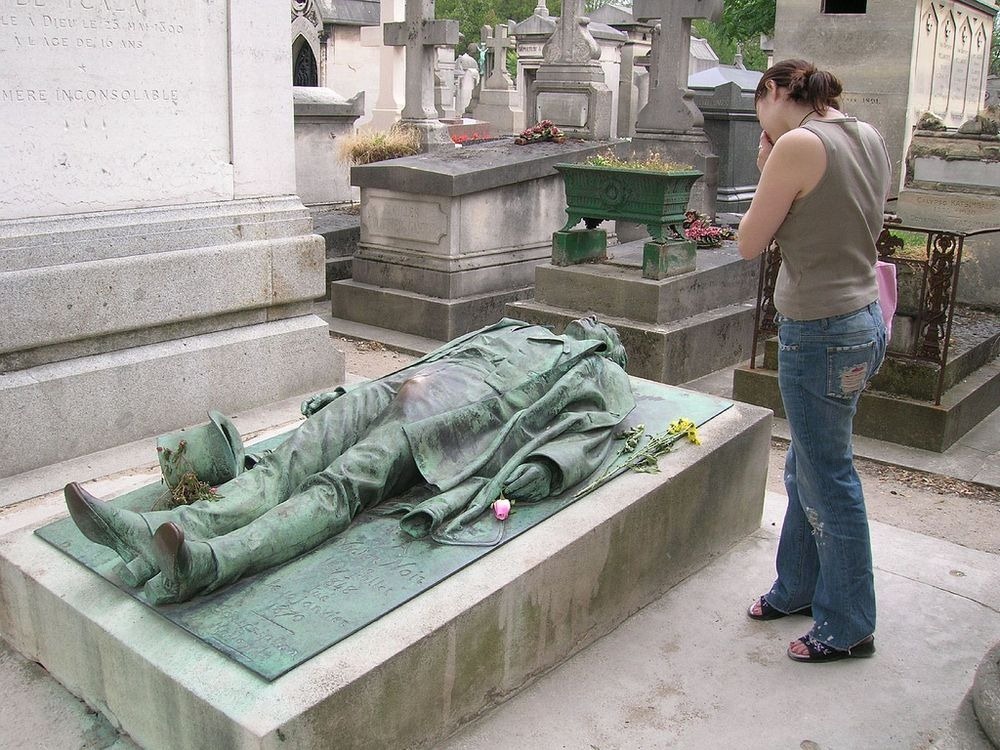 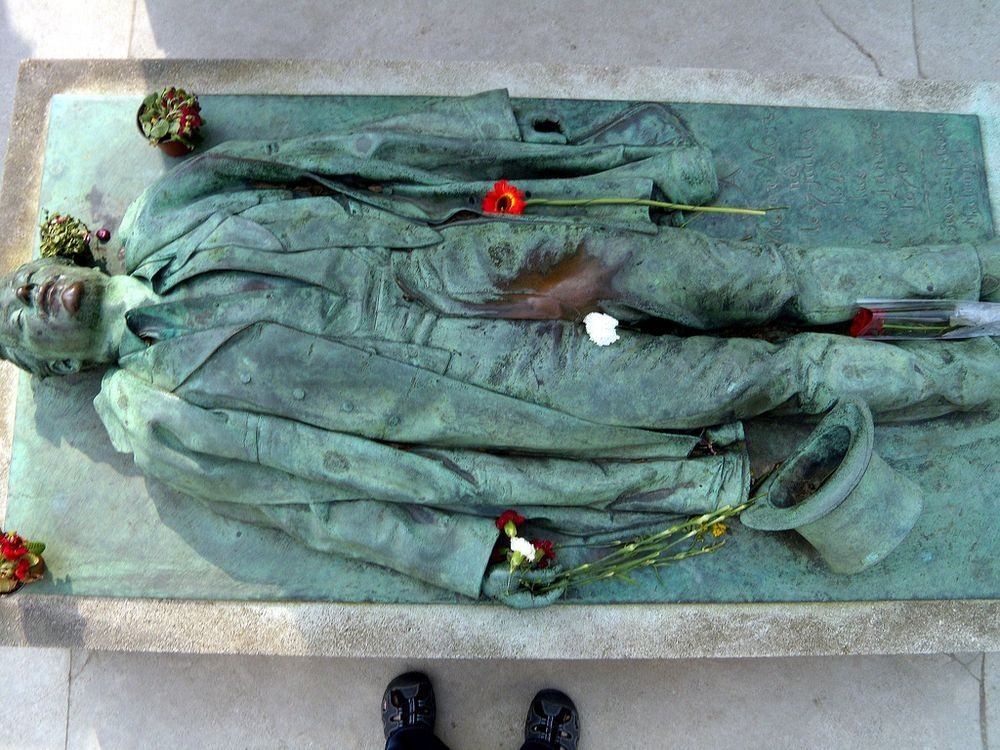 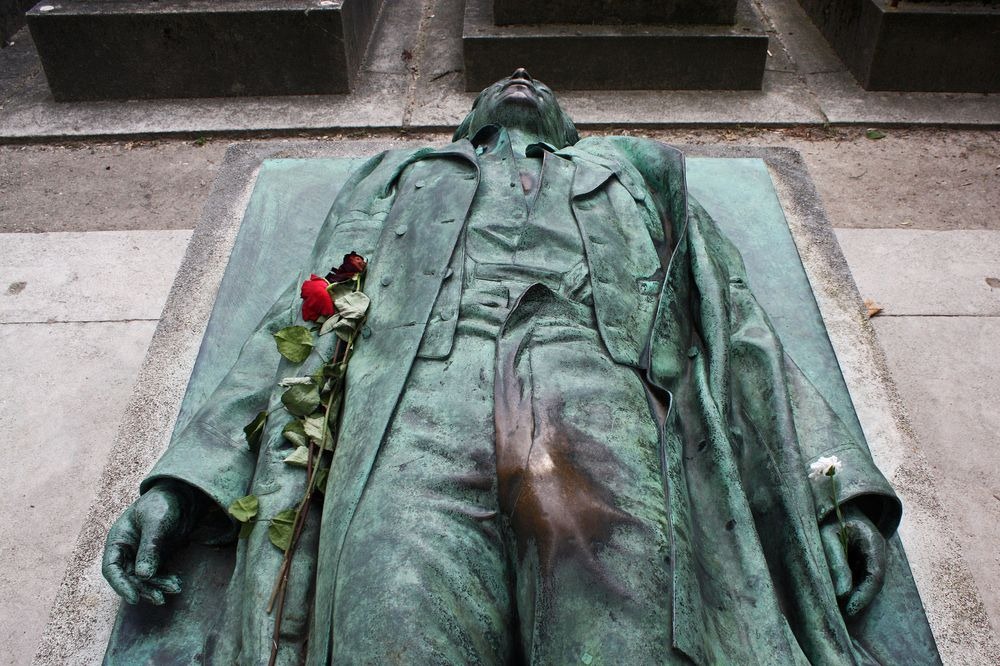 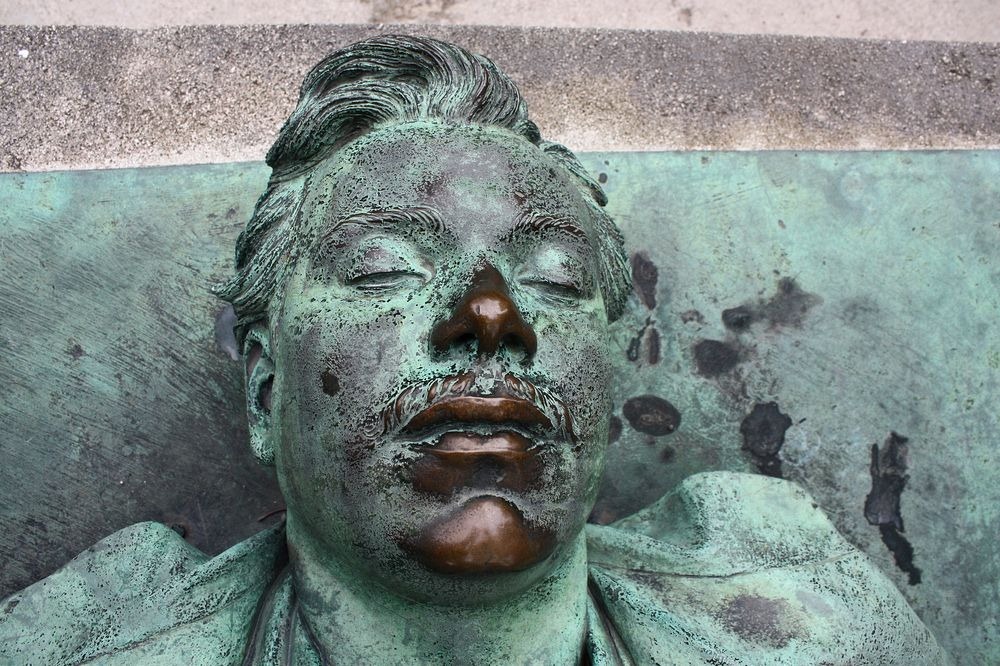 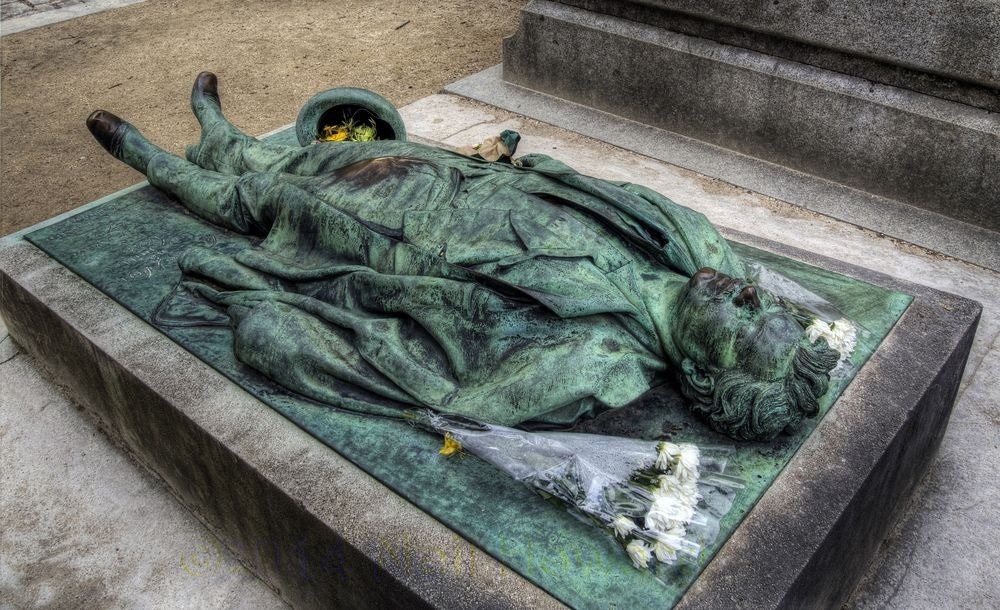 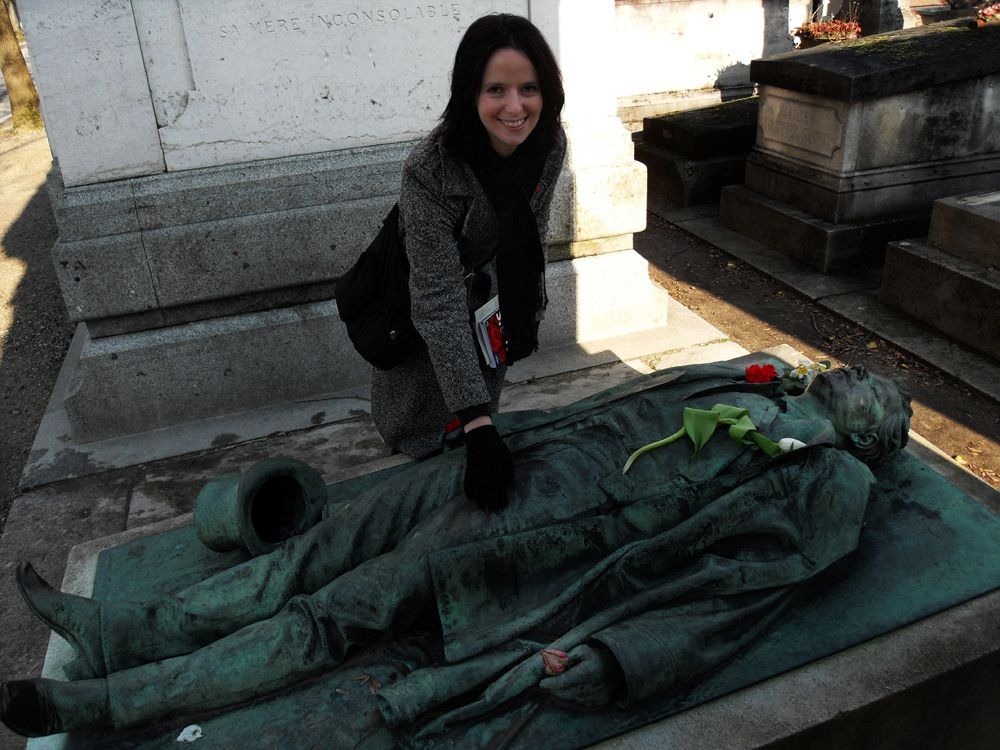